Pandemic in the Pacific: Honeybee virus dynamics during an early Varroa invasion. (APSF19069)

A project undertaken at the School of Life and Environmental Sciences, The University of Sydney, and supervised by Emily Remnant

In the last century, the Western honeybee (Apis mellifera) acquired a new foe: the parasitic mite Varroa destructor. When colonies become infested with Varroa, they often collapse due to damage inflicted by mites and the viruses that Varroa transmits to bees upon feeding. Varroa and associated viruses have now spread to most major beekeeping regions worldwide. Few places remain free of Varroa, most of which are isolated islands in the Pacific. Australia is the final major beekeeping nation yet to succumb to a Varroa invasion, however an eventual incursion is considered likely.

In October 2018, Fijian beekeepers’ worst nightmares came true: the first reports of the deadly Varroa mite in the capital of Suva. In the four months following, mites have been isolated in one third of surveyed hives throughout Fiji’s two major islands, Viti Levu and Vanua Levu. Curiously, the mites identified were not Varroa destructor, but their sister species, Varroa jacobsoni. This species has recently emerged as a parasite of A. mellifera in Papua New Guinea during the last decade. It has caused significant colony losses in PNG and can be expected to have similar impact on the Fijian beekeeping industry. The Fijian incursion is the first example of a second Varroa invader, which may emerge as a global parasite like its destructor counterpart. 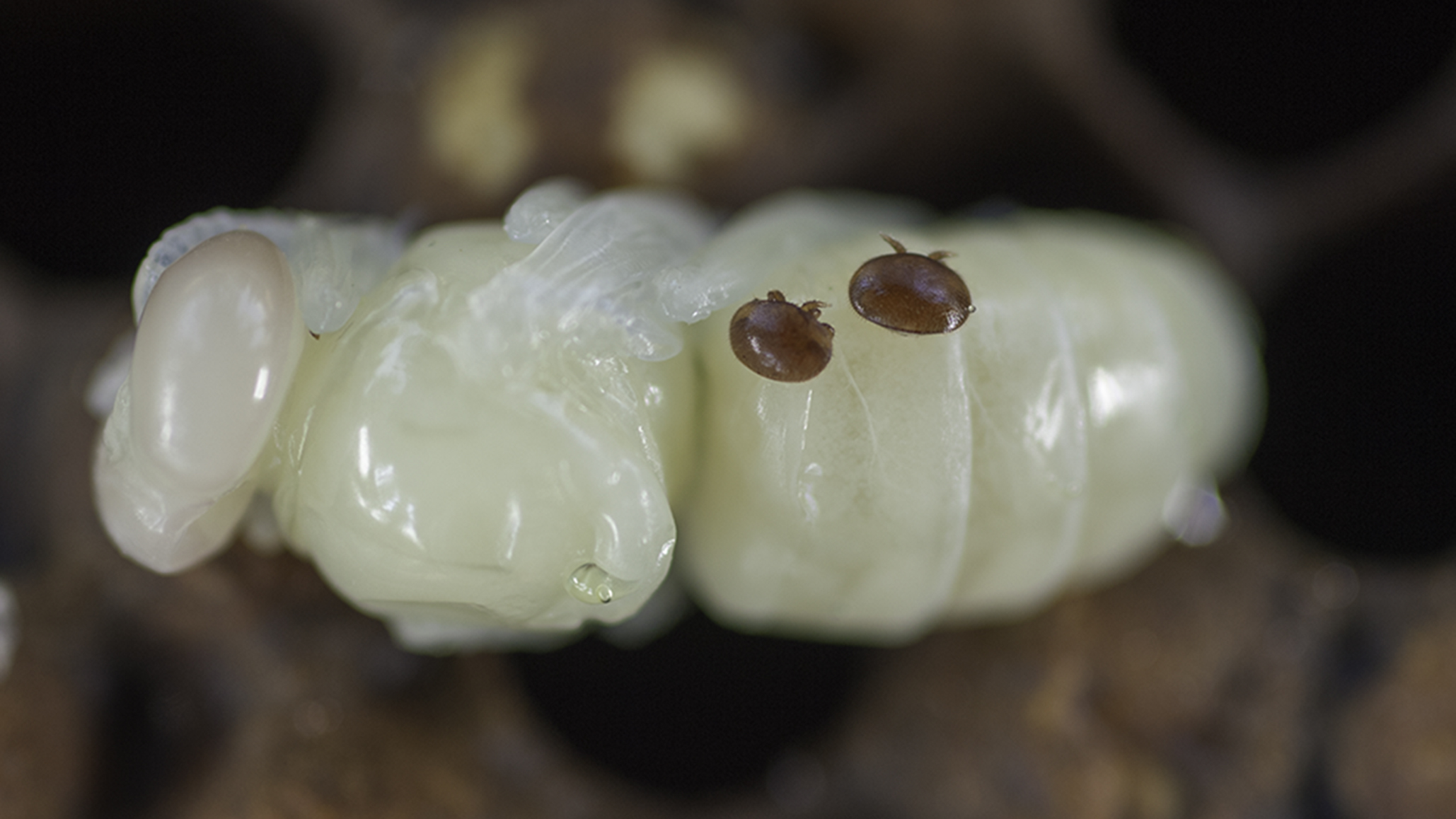 Our project will investigate the origins of the novel Varroa jacobsoni incursion in Fiji and characterise the viral diversity in real time as the invasion spreads. We will establish if Varroa jacobsoni is a new regional threat to beekeeping. The Fiji incursion provides a novel opportunity to survey honeybee virus dynamics at the forefront of early invasion and explore how mites affect the viral landscape of a Varroa-naïve bee population, with direct implications for Australia’s beekeeping industry owing to our regional proximity.

Our objectives for this project are:

We will reconstruct the likely avenues of invasion from source populations in the Pacific region, comparing Varroa jacobsoni from Fijian isolates to our existing catalogue of Varroa samples.

We will use metatranscriptomics to examine virus prevalence and incidence in colonies from infested and uninfested areas, to characterise novel and existing honeybee and mite-infecting viruses.

We will examine the temporal viral dynamics of infested and uninfested colonies over the time course of 3 years, following Varroa establishment and spread throughout the Fijian archipelago.

The risk of Varroa jacobsoni invasion into Australia is high because of our proximity to PNG and southeast Asia. The invasion of V. jacobsoni in Fiji provides an opportunity to explore a likely scenario if a similar incursion was faced by the Australian beekeeping industry in future.