Assessing the contribution and consequences of vertebrates as pollinators in Banksia woodland. (APSF 20049)

A project undertaken at Kings Park Science, Department of Biodiversity, and supervised by Siegy Krauss

Almost 90% of all flowering plant species (400,000 in total) rely on animal pollinators, the behaviour of which has profound effects on plant mating (2,3,4). Pollinators are predicted to conform to optimal foraging theory, whereby energetic costs are minimised by moving between nearby flowers, resulting in near-neighbour mating and bi-parental inbreeding. However, from a plant’s perspective, increased pollen dispersal decreases the likelihood of inbreeding, increases paternal diversity, and reduces the level of genetic relatedness among offspring. Fitness benefits result from the production of more genetically variable offspring. This makes any pollinators that depart from optimal foraging behaviour potentially beneficial. 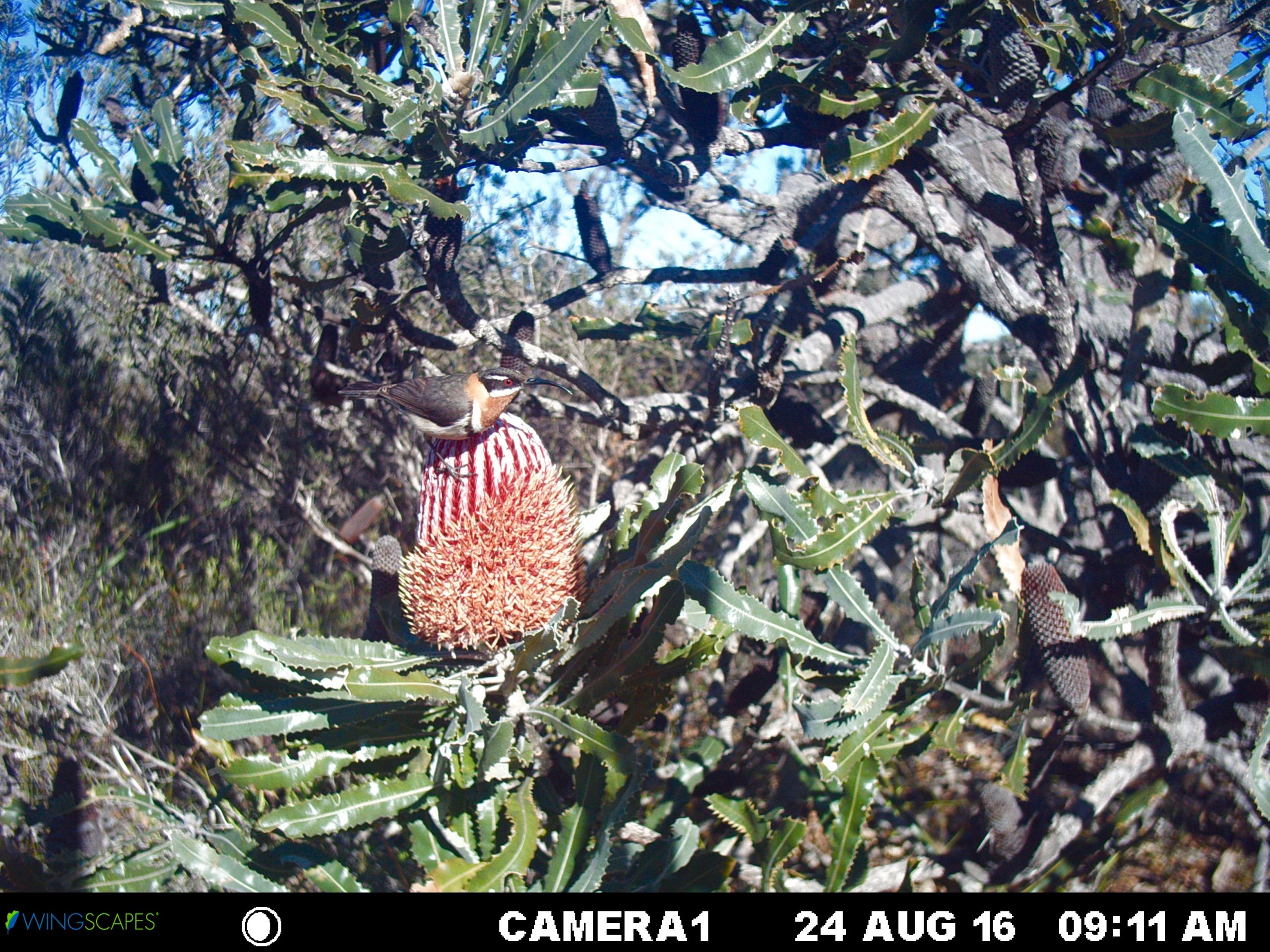 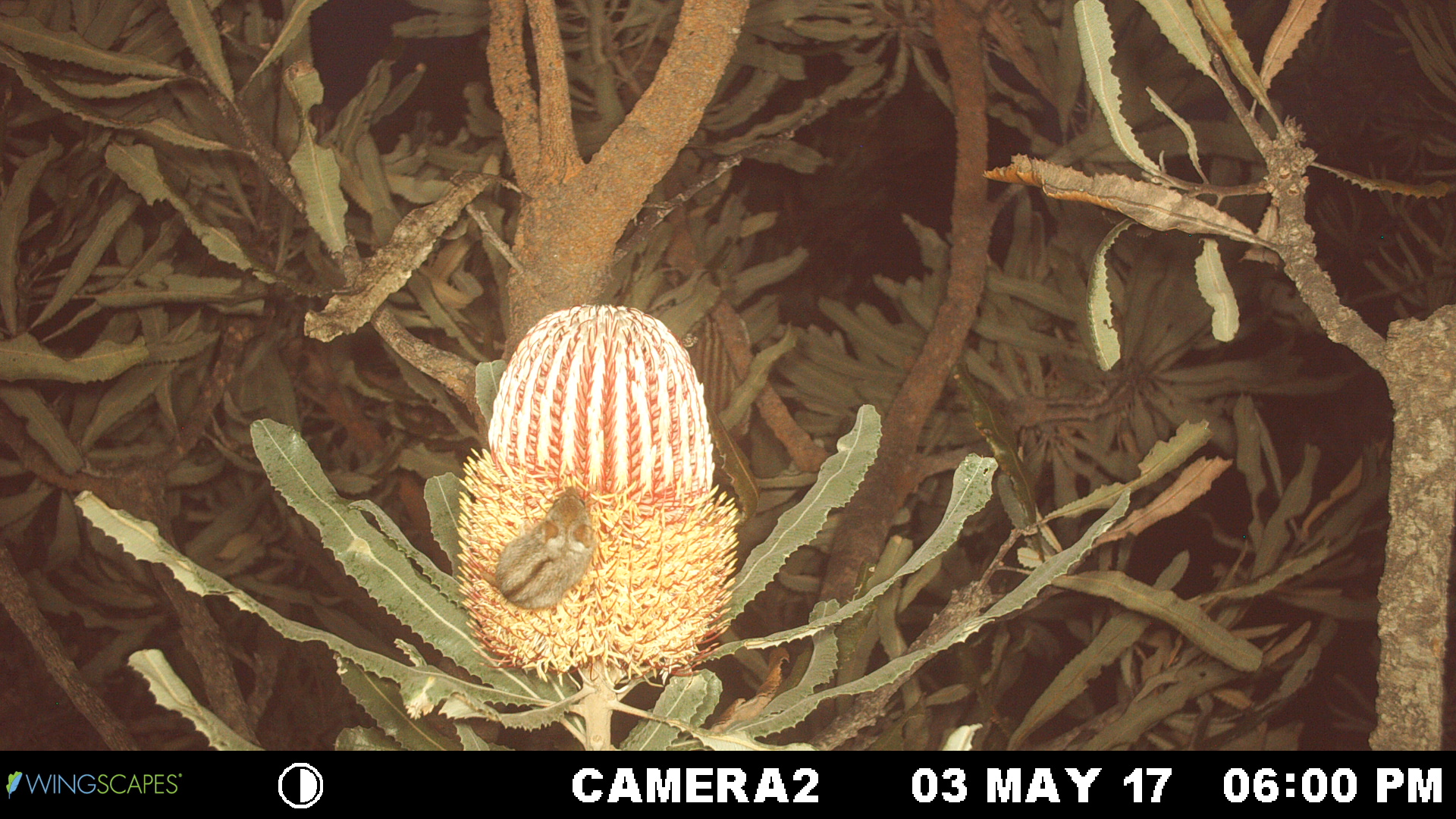 Although most plants are insect pollinated, more than 900 bird species pollinate members of ca. 500 of 13,500 vascular plant genera. Australia has over 110 bird species (mostly honeyeaters and lorikeets) that have been recorded visiting the flowers of >1000 plant species from > 64 genera, with many of these genera (Banksia, Grevillea, Eucalyptus, Adenanthos, Anigozanthos) highly diverse and abundant. These birds are often highly mobile generalists and locally abundant due to copious nectar production, leading to frequent aggressive interactions within and among species. The behaviour of these birds interrupts hypothetically optimal foraging behaviour. As such, the behaviour of these birds suggests greater pollen carryover from more pollen donors compared with insects, resulting in higher paternal diversity for the plants they pollinate.

We propose to test these genetic consequences of pollination by vertebrates for the dominant trees of banksia woodlands of South Western Australia (SWA). SWA is not only an internationally recognised biodiversity hotspot, but an international hotspot for pollination by vertebrates. Here, 15% of its ca. 8000 plant species, and 40% of threatened flora, are pollinated by nectarivorous birds and marsupials. As such, the genetic consequences of vertebrate pollination are critical for understanding both the evolution of the flora and how best to conserve it.

Here, we seek to test the prediction that the behaviour of nectarivorous birds increases the ability of plants to mate with multiple partners. Selective pollinator exclusion experiments and genotyping of seeds will be employed to assess the impacts of different classes of visitors (birds, mammals, insects) to the flowers of banksias. These impacts will be compared in terms of seed set and by genetic determination of mating system parameters, paternal diversity and realised pollen dispersal.

We will focus on the Banksia woodlands of the Swan Coastal Plain, a federally listed threatened ecological community (TEC). For the dominant tree canopy species (B. attenuata, B. menziesii, and B. ilicifolia), honeyeaters and honey possums provide vital pollinator services. However, habitat fragmentation is having significant impacts on populations of these vertebrate pollinators – the honey possum for example is now largely extinct in the Perth metropolitan area. Reduced pollinator populations can reduce seed, set and erode genetic variation of seedlings, potentially threatening the viability of these populations. In many cases, insects may not replace the pollinator services for plants adapted to pollination by vertebrates. A clearer understanding of these genetic impacts will highlight the unique significance of pollination by birds and mammals in SWA, and drive conservation of the unique pollinators of a diverse endemic flora.