A project undertaken at The University of Queensland, and supervised by David Merritt.

The glow-worms of Australia and New Zealand are endemic to these countries and comprise 9 identified species. They are the larvae of a type of gnat related to the fungus gnats. They are famed for the fact that their larvae are bioluminescent. They emit light to attract flying insects into their webs to feed on them, similar to spiders, hence their genus name, Arachnocampa, which means spider-like grub. 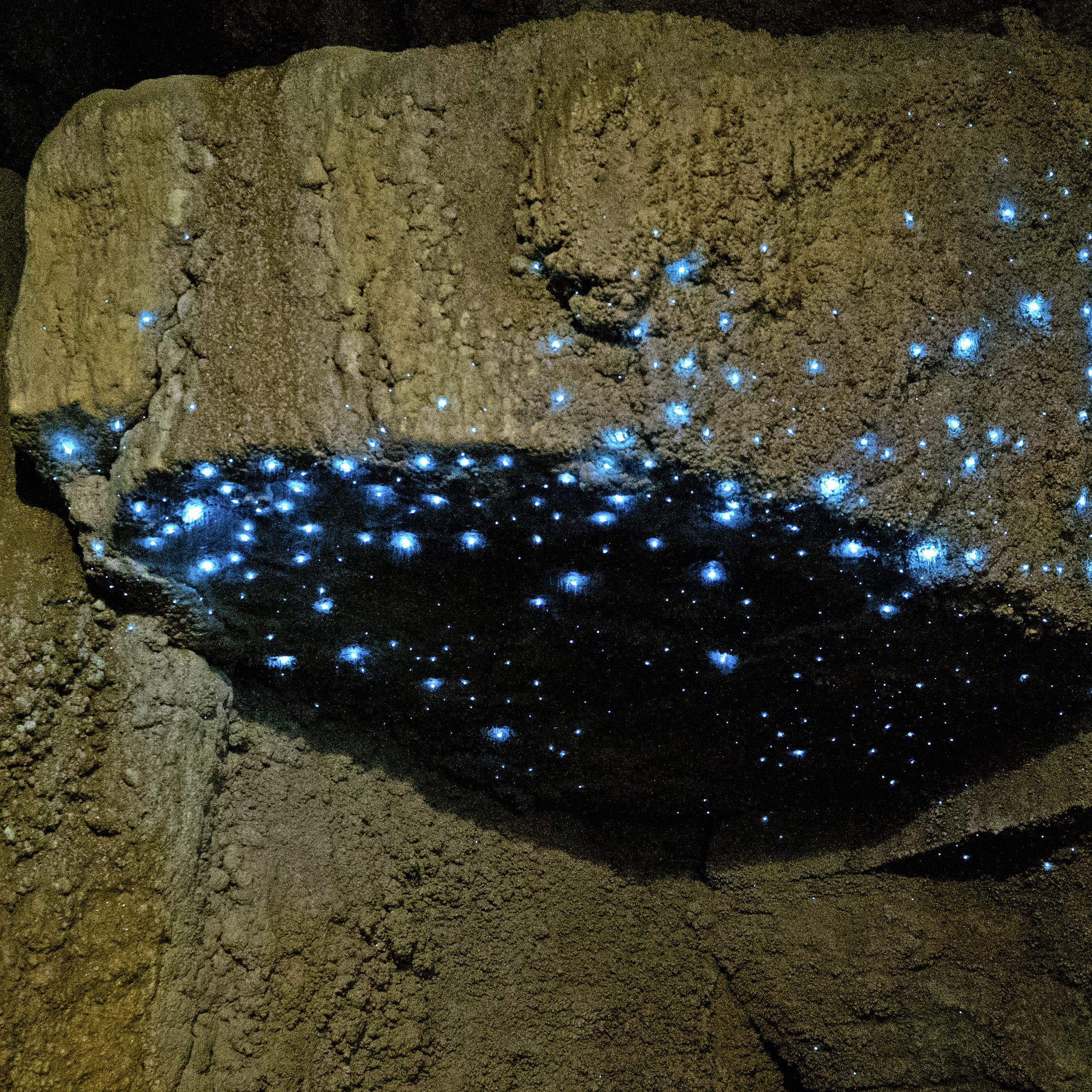 They have become iconic tourist attractions in Australia and New Zealand where colonies are visited at night in forest settings or during the day in caves to view the spectacular displays of star-like blue-green points of light. They possess additional, unusual characteristics.

The immature (larval) stage has a long duration, lasting from months to a year; whereas the adults—the slow-moving, flying stage—are very short-lived, immediately mating on emergence, laying eggs and then dying after only a few days. 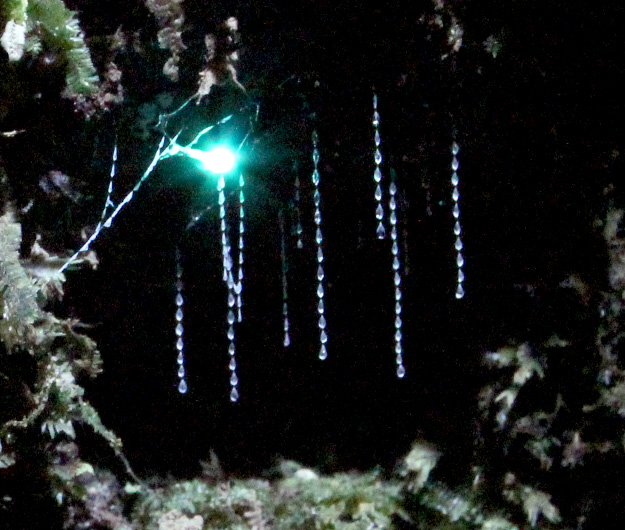 Another attribute is their requirement for a specific type of sheltered, humid habitat seen only in wet caves and wet rainforest gullies. This specific habitat requirement and low dispersal ability means that populations are patchily distributed, often separated by expanses of unsuitable habitat, and could therefore be genetically distinct. Our preliminary data examining female-specific genetic markers indicate that there has historically been little female dispersal out of caves: nearby caves can have very different sequences. On the other hand, markers that are not specific to the female lineage indicate that the more distant colonies are from each other the more distinctive they are, known as “isolation by distance”.

Together, the genetic markers suggest that males might be the dominant dispersers and females tend to stay put where they grew up, then mate and lay eggs. 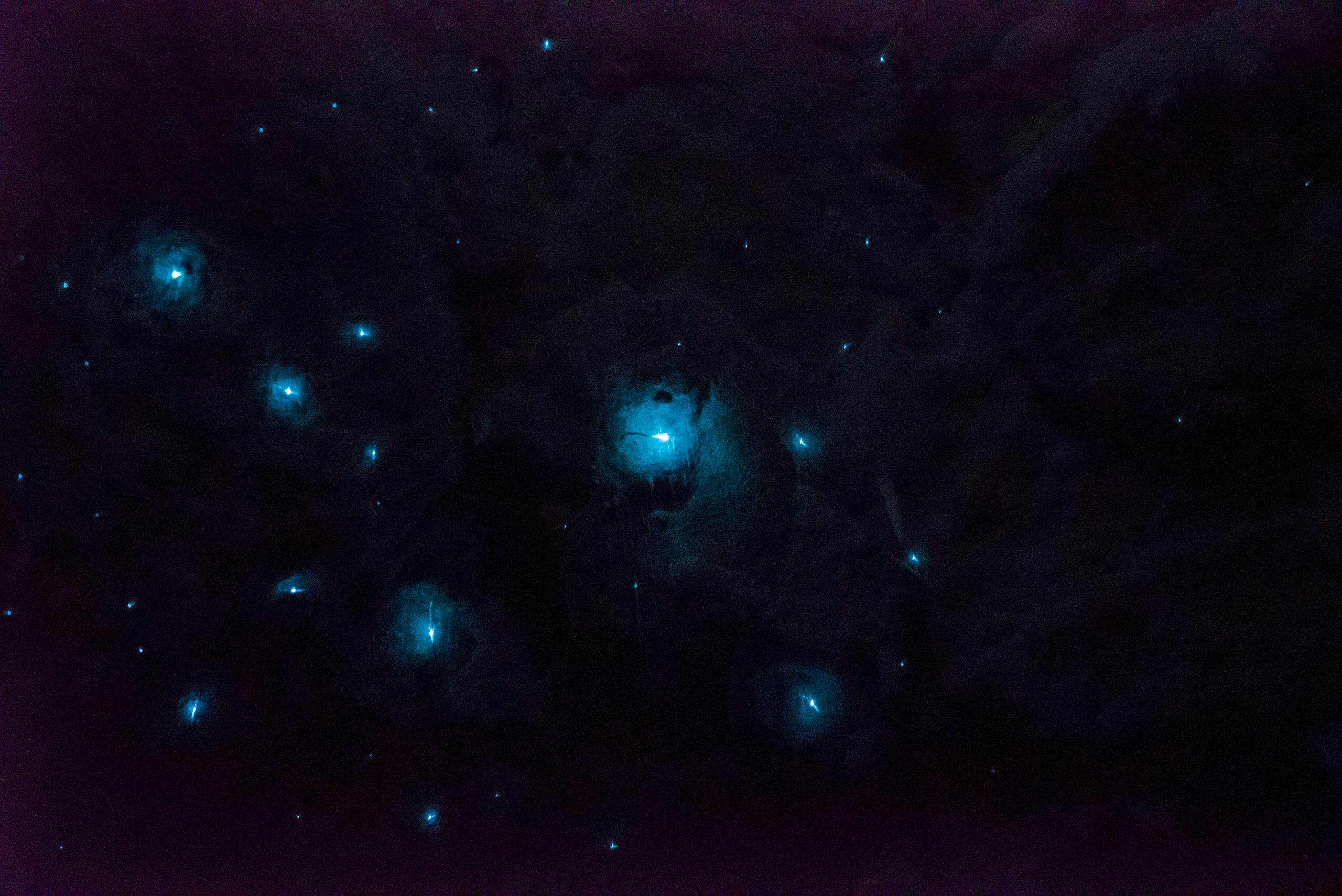 In this project we will determine the population distinctiveness of two species, the Tasmanian species Arachnocampa tasmaniensis, and the New Zealand species, Arachnocampa luminosa. Both species inhabit islands with complex, though different, tectonic and climate histories and histories of glaciation, vegetation clearing and fire. We will sample glow-worm colonies from a broad geographic spread in both countries and collect from both cave and forest colonies. We will use a population genetics approach, sequencing the bar-coding gene, COI, as well as using genotyping-by-sequencing to analyse single-nucleotide polymorphisms in individuals to establish their relatedness. The team comprises researchers from the University of Queensland, the University of Otago and Te Papa, the national museum of New Zealand.