Sea snakes are amongst the most toxic and feared, yet least understood, of all snakes. And where did they come from and where are they going, is one of the greatest modern scientific mysteries. In this Australia & Pacific Science Foundation funded project, Dr. Fry is studying the poorly investigated venom and evolution of the sea snakes. This research project, in its third year of APSF funding, has taken him to Ashmore Reef (near West Timor), all through the waters of the top end, repeatedly to Weipa in the Gulf of Carpentaria, up and down the Great Barrier Reef and even to the remote South Pacific Island of Niue. 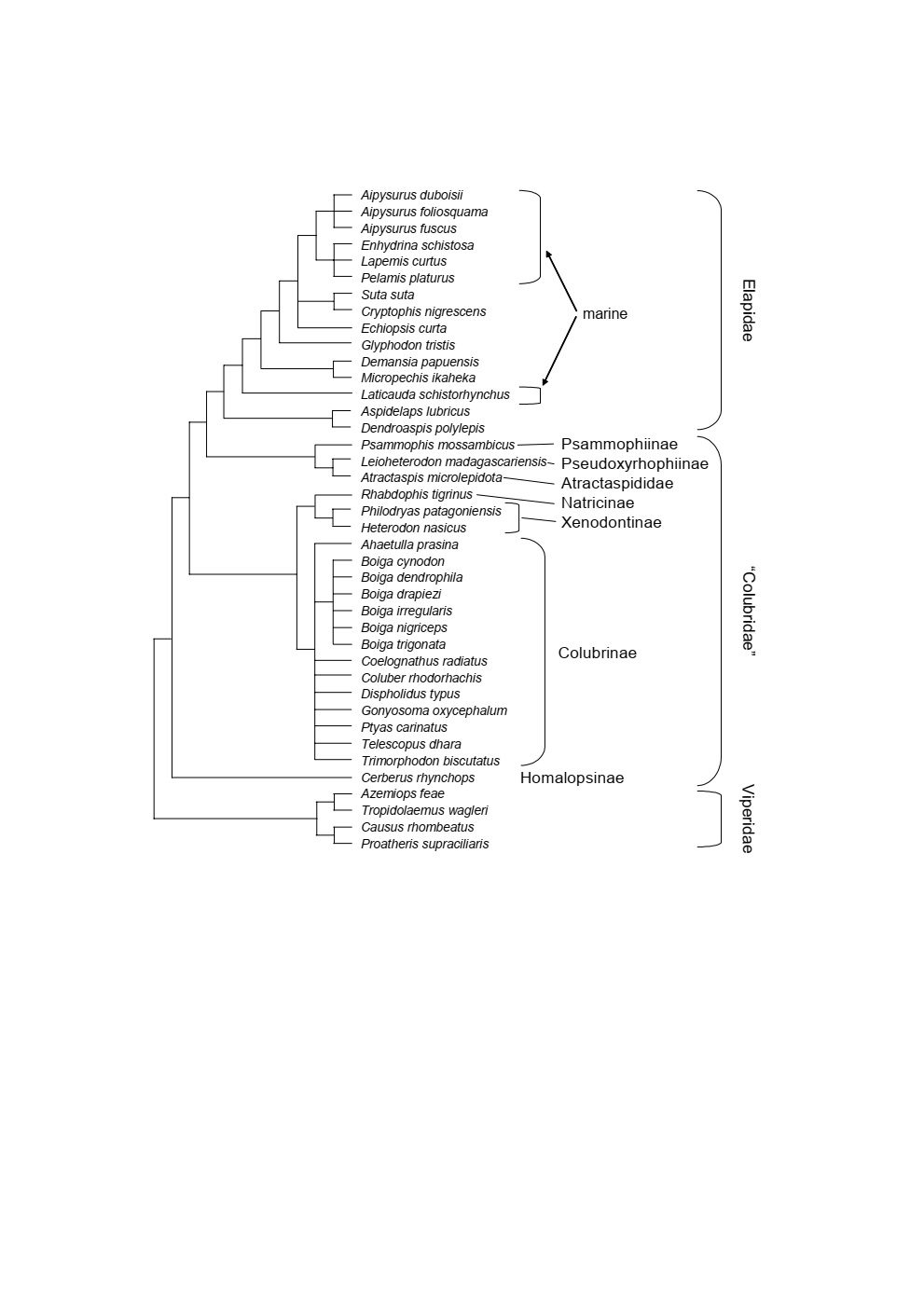 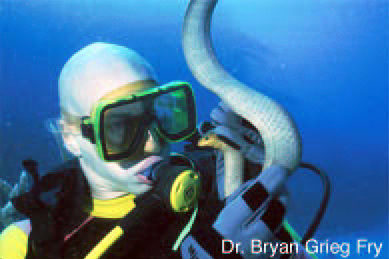 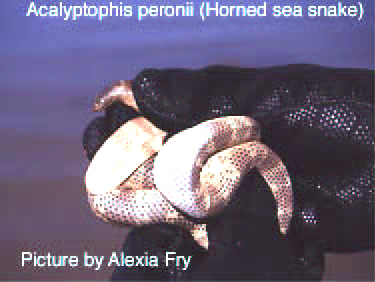 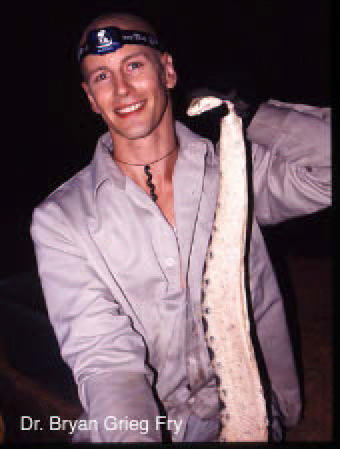 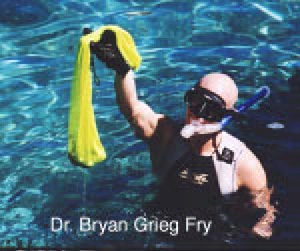 Surfacing after a successful sea snake capture by free-diving 20 metres. 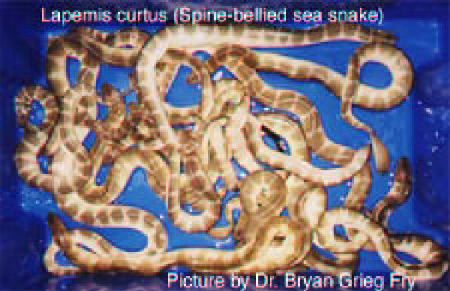 A bin full of snakes after a successful night. 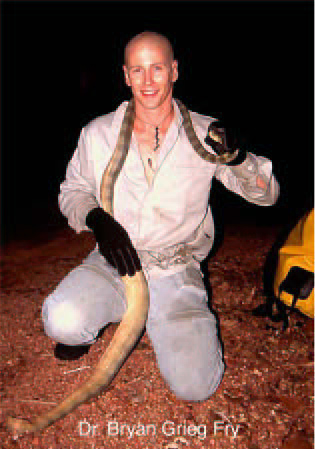 Ashmore Reef is one of the most heavily protected marine zones in the world and special permission was obtained from Environment Australia for the research team to visit and collect samples. In many respects, Ashmore Reef is the ‘Kingdom of the Sea Snakes’, having a staggering biodiversity of species not found anywhere on earth and thus the venom samples obtained were very useful for examining the evolutionary patterns in sea snake venoms. Dr. Fry considers the Gulf of Carpentaria to be a ‘Serengeti of Sea Snakes’ with absolutely staggering numbers of snakes, which allowed for obtaining enough venom to be able to isolate and characterise several novel sea snake toxins. The Great Barrier Reef also contains abundant species, including some of the same species milked along the WA coast, thus allowing for examination of regional variation in sea snake venoms. Niue is the absolute outer edge of the sea kraits (Laticauda genus) and as such was the perfect spot to obtain samples for comparison to the true sea snakes, in order to better understand the evolution of these two independently evolved lineages of marine snakes. Scale clippings from these and other locations are being used for genetically based taxonomic studies.

A major goal of the project was to establish sea snakes in captivity in order to have a steady supply of venom and also to provide opportunities to study the behaviour of these little known animals.  In collaboration with the Melbourne Aquarium, the spine-bellied sea snake (Lapemis curtus) has been successfully kept and studied, with some of the snakes having been in captivity for three years now and still going strong.  One of the most immediate and intriguing results was the observation that the metabolism of sea snakes is much higher than that of comparative land snakes. Each snake eats at least two eight inch whiting a week. By way of comparison a similarly sized land snake would take only a couple mice over a two or three week period. This higher level of metabolism can logically be linked to the massive amounts of energy a sea snake must regularly expend in swimming to the surface to breath. A drawback for this is that the sea snakes live much shorter periods of time than a land snake, with the average life span being only 4-5 years instead of the 20+ years a land snake may enjoy.

The first stage of the laboratory research was to examine the neurotoxicity of the venoms and the relative neutralisation by the sole sea snake antivenom (manufactured by Commonwealth Serum Laboratories in Australia). The results documented the potent effects of many of these species, which are being studied for the first time, and also demonstrated that the antivenom displayed a remarkable level of cross-reactivity considering the genetic distance separating the different sea snake genera studied. By comparison, Australian land snakes, even closely related genera like the brown snakes (Pseudonaja) and taipans (Oxyuranus), require separate antivenoms from each other, with typically little cross-reactivity between the major lineages.  Even the extremely unrelated sea krait venom was adequately neutralized by the sea snake venom.  Subsequent to this, a potent blood acting toxin was isolated and characterized from the venom of Lapemis curtus (Spine-bellied sea snake).  This work led to two successful honours theses and two publications are currently being written.

These intriguing pharmacological findings provided a good backdrop for studies on the evolution of sea snake venom. Molecular phylogenetic analysis of full length toxin sequences demonstrated that the sea snake three-finger toxins (3FTx) were unique in not having evolved novel activities or frameworks, with these peptidic toxins all being antagonists upon the nicotinic acetylcholine receptors (Fry et al 2003a). In contrast, terrestrial elapids have evolved this toxin class into a multiplicity of toxins with novel actions. In order to better understand the evolution of toxins in the sea snakes, a non-venomous snake was chosen as a negative control for the study.  However, the snake (the radiated ratsnake) turned out to actually have the same sorts of 3TFx common to sea snakes and other elapid snakes. The full-length sequence of this toxin displayed a remarkable homology to that of the elapid 3FTx and was also a potent antagonist of the nicotinic acetylcholine receptor (Fry et al 2003b). This finding forced a fundamental reconsideration of the very concept of non-venomous snake.  This unique result demonstrates nicely the beauty of science, that weird and wonderful discoveries pop up in the most unexpected places.

These findings led to an intensive examination by mass spectrometry of the venoms from a diversified range of large advanced snake (Colubroidea) species and genera, including representatives of the major sea snake lineages. This work led to the discovery of a remarkable stream-lining of the sea snake venoms, with an independent but parallel occurrence in the true sea snakes as well as in the sea kraits (Fry et al 2003c).  This indicates a strong functional association with the relatively simple diet (fish and some species also taking eels) of these marine snakes, relative to the diversity of land snakes, with the diet of a single species possibly including frogs, birds, lizards and mammals.

Currently Dr. Fry is studying the migration patterns of the spine-bellied sea snake (Lapemis curtus).  What has become evident is that in at least the first year of their life, this species travels in generational level schools.  All of the animals caught in the protected shallows of Weipa are in their first year of their life but at the end of the first year, during the wet season, they head out to the open ocean. However, where they go after this is a mystery as are the migratory patterns the sexually mature adults take in order to give birth near the shallows.  It is also unknown if the snakes return from the ocean to the same location, as does a salmon.  What is clear though is that adults are rare in the protected estuaries in the Gulf of Carpentaria, spending their time in the open ocean.  Dr. Fry is seeking out the zone where the babies are born, how far they have to travel to get to the shallows and where the adults spend the remainder of their time.

This APSF sponsored project has also attracted considerable international attention and Dr. Fry and his colleagues have been regularly featured on the BBC, Discovery Channel, National Geographic and others.