Will loss of habitat diversity also mean a decline in algal and invertebrate biodiversity? (APSF 03-3)

A project undertaken at the Department of Environmental Biology, The University of Adelaide, and supervised by Dr Andrew Irving & Assoc. Prof. Sean Connell

Along the coastline of temperate Australia, canopy-forming algal forests (e.g. kelps) create one of the most extensive subtidal marine habitats for abundant and diverse communities of plants and animals. Natural disturbances such as storms, as well as poor management practices on urban coasts, can cause widespread fragmentation and loss of algal forests. Unfortunately, the consequences of such degradation and loss of habitat for associated species are poorly understood. By experimentally testing the responses of algae and invertebrates that inhabit algal forests to a decline in the diversity and abundance of their habitat, we have begun to fill this gap in our knowledge of marine ecosystems. 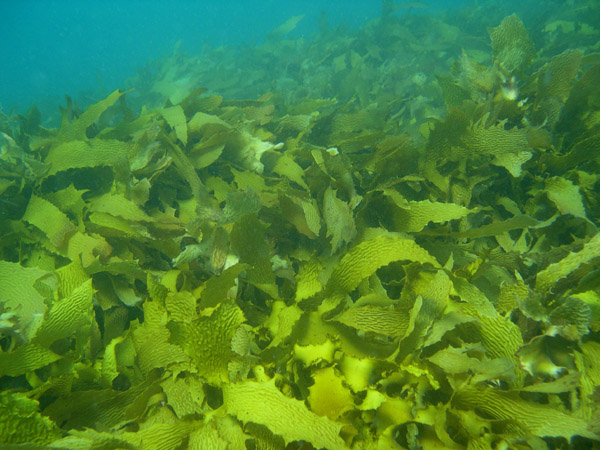 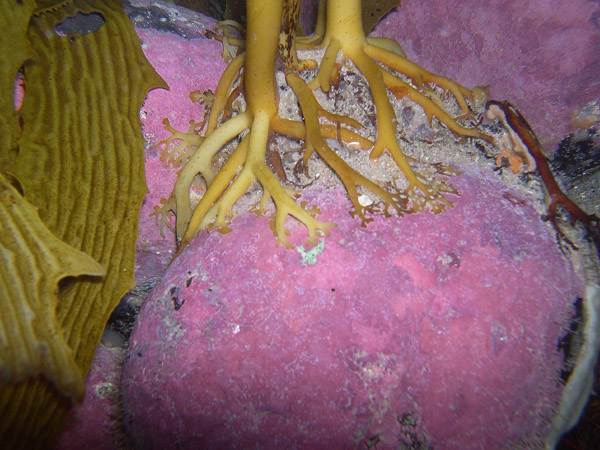 Experiments done over ~ 12 months have highlighted some clear effects of canopy diversity on understorey organisms (algae and invertebrates). Understorey habitat beneath canopies maintained as monospecific stands of the kelp Ecklonia radiata tended to be monopolised by encrusting forms of shade-adapted algae (especially encrusting coralline algae). However, where canopies were maintained in a mixed-species composition (e.g. Ecklonia radiata with Cystophora monilifera and Sargassum spp.), understorey habitats tended to support greater covers of algae with erect growth forms (e.g. articulated coralline algae) in addition to encrusting forms. When canopies were removed entirely (i.e. simulating natural fragmentation through storm damage), understorey habitats were monopolised by fast-growing, opportunistic species of filamentous algae (‘algal turf’) as well as some articulated coralline algae, but little encrusting algae. Collectively, these results have recently been published in the journal Oecologia (Irving & Connell 2006).

The diverse communities of mobile invertebrates that inhabit understorey algae are also affected by canopy presence/absence. Experimental addition of canopies above articulated coralline algae caused a reduction in the abundance and overall diversity of several types of invertebrate that live among the coralline branches. Amphipods, gastropods and copepods were most severely affected, while polychaetes showed little change. These results are currently being prepared for publication.

Overall, it appears that a decline in the diversity of canopy-forming algae is likely to cause a decline in the diversity of the understorey species. However, not all understorey species are negatively affected, with some taxa (e.g. encrusting coralline algae) most abundant beneath low-diversity canopies. Even though the diversity of understorey taxa was usually greatest where canopies were removed, it is important to note that some taxa present beneath canopies were entirely absent from this treatment. In the context of coastal management, these results stress the importance of maintaining alternate types of habitat on subtidal coasts. Reduced diversity or the total loss of canopy-forming algae is likely to have positive effects for the abundance and diversity of some taxa, but strong negative effects for others. Minimising the impacts of coastal activities on algal forests is necessary if we are to maintain those taxa that are dependent on this habitat.