A project undertaken at The Monash Institute of Reproduction and Development, Monash University, Melbourne, and supervised by N Czarny and I Gunn

The eastern quoll (Dasyurus viverrinus) is a medium sized carnivorous marsupial (Figures 1 & 2). Mainland populations were once distributed from South Australia to Queensland but are now presumed extinct, mainly due to fox predation. In Tasmania eastern quolls are still common. 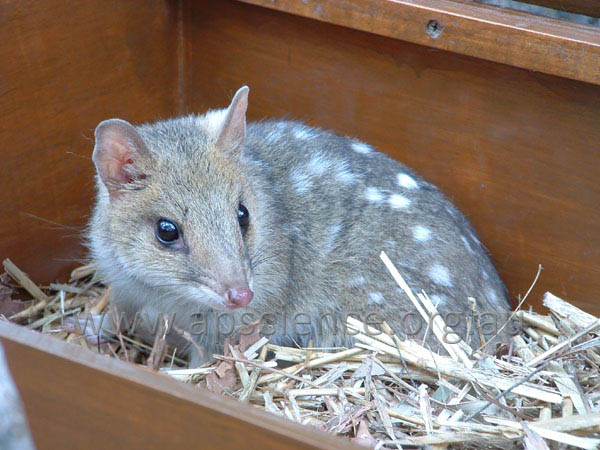 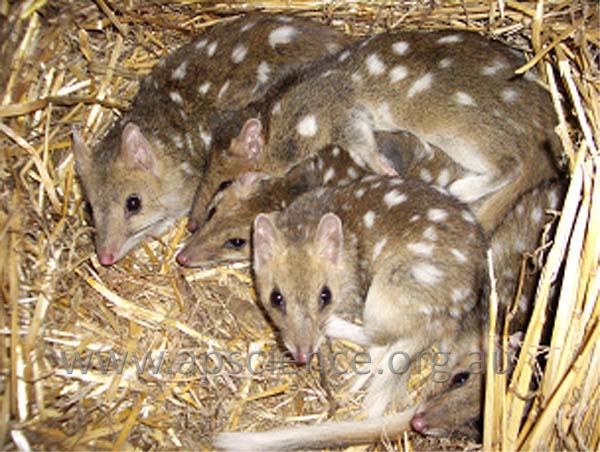 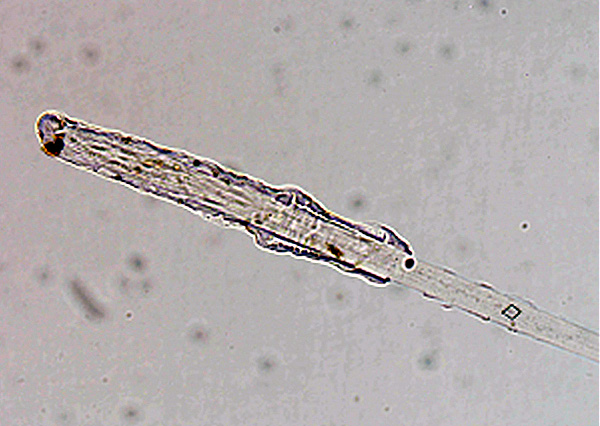 Figure 3. Image of a tail hair plucked from an eastern quoll. DNA is collected from cells which were part of the hair follicle – not the actual shaft of the hair. 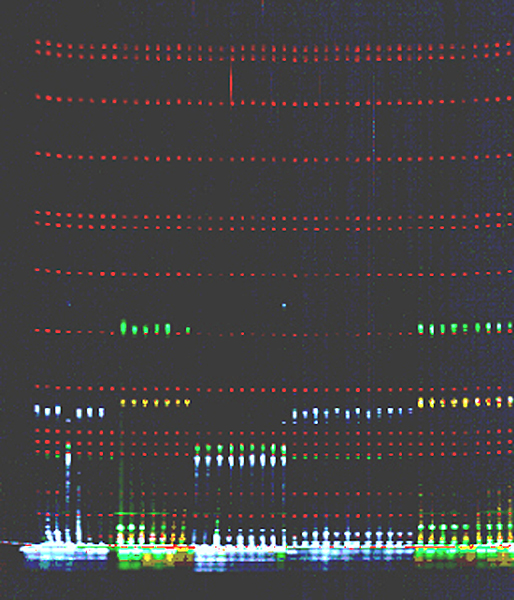 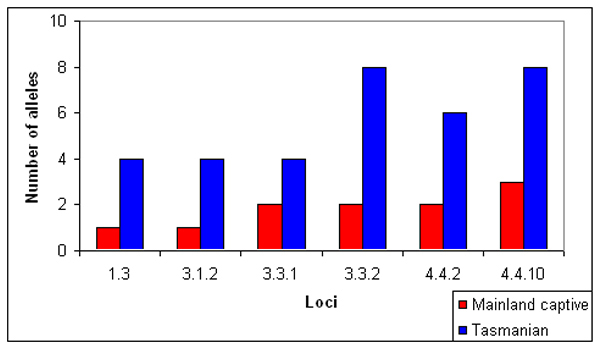 Captive breeding colonies of eastern quoll exist on the mainland and are comprised of animals imported from Tasmania. These populations are used for display purposes and are valuable “insurance colonies”, in case of declines in the wild populations of Tasmanian eastern quolls. The mainland captive population was created from only a few animals and as there has been very little input from non-related animals we fear the genetic diversity of the population is extremely low. This inbreeding is likely to limit the long-term viability of the mainland captive populations and hence reduce their value.

This study aims to use genetic markers to non-invasively and reliably examine the genetic diversity of a small population of captive eastern quolls at Pearcedale Conservation Park (PCP), Victoria. Techniques used included:

This study, completed recently, has shown that non-invasive genetic analysis was possible in the eastern quoll hair samples. The hairs with the widest follicle were assumed to carry the most DNA and these hairs were found at the base of the tail (Figure 3). Analysis of the amount of DNA in these samples demonstrated nanogram quantities; this is well above the minimum amounts to ensure reliable genotyping.

Reliable genetic typing was possible from samples which contained ten hairs; in all cases the three replicates were identical. GeneScan analysis successfully revealed very low genetic diversity in the captive population at PCP (Figure 4). This genetic variation is considerably lower than previously reported levels for wild Tasmanian individuals (Figure 5). This indicates a highly inbred population of animals with little genetic diversity remaining to respond to environmental changes. This study reinforces the necessity to breed with any Tasmanian eastern quolls on the mainland or to acquire new bloodlines from Tasmania to maintain a genetically viable population.