A project undertaken at the Royal Botanic Gardens Sydney, and supervised by Adam Marchant and George Orel

For thousands of years, the ‘Bush Potato’ (ghundi or yarla, in local languages), an Australian plant in the same genus as the sweet potato, was a staple food crop of the indigenous people of north-west Australia. However, as there is now almost no-one living the traditional Aboriginal lifestyle, this once important plant has been neglected. 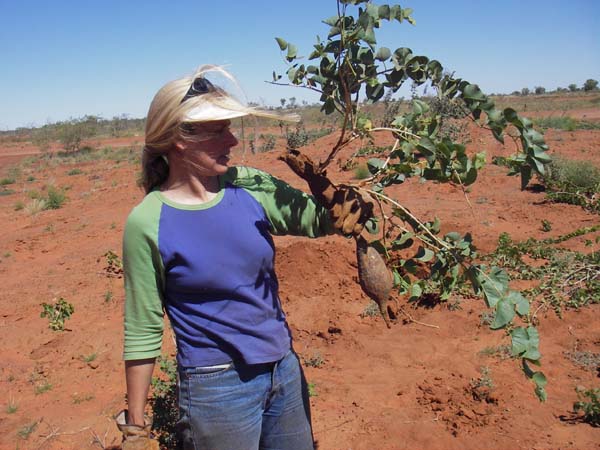 Figure 1. Finding a plant in the Tanami desert (photo of Annette Hill, taken by Tom Harley) 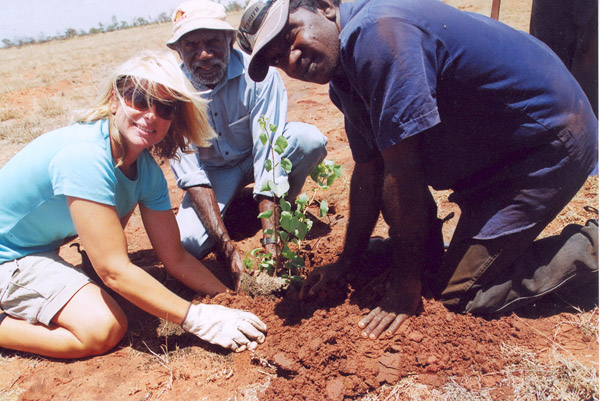 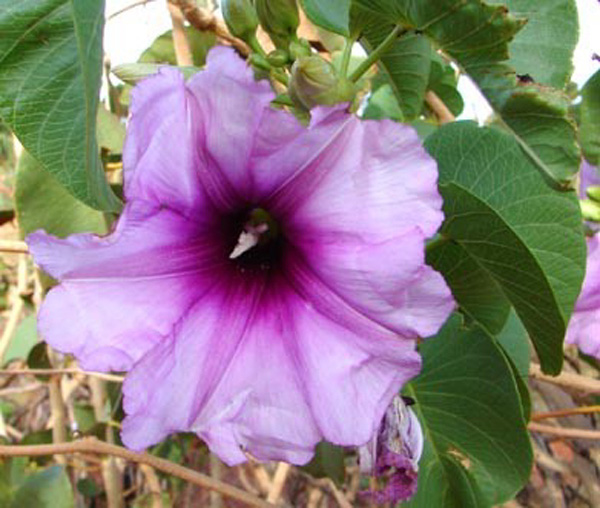 There are a number of Ipomoea species which are endemic to arid tropical Australia, which bear large edible underground tubers. Unlike the Central American-derived sweet potato (I. batatas), the Australian species have not been subject to the selective forces of hundreds or thousands of years of horticulture. Bush potato species include I. costata, I. polpha and I. argillicola, and probably others which await taxonomic placement. I. costata is the most widespread species, having been recorded from a sector of the country bounded in the east by the NT/Qld border, and the Tropic of Capricorn in the south.

The aims of the research proposed here are to conduct an assessment of genetic diversity in I. costata, to establish the evolutionary affinities of the bush potato species, and to assess their horticultural characteristics and potential value, either as crops by themselves, or as contributors of valuable genetic traits to sweet potato breeding.