A project undertaken at the School of Life Sciences, University of Queensland, and supervised by Anne Goldizen, Dominique Sigg, Anthony Pople and Andrew Lowe

The bridled nailtail wallaby (Onychogalea fraenata) is one of the most endangered macropods in Australia and underwent a dramatic decline, from an extensive range throughout semi-arid eastern Australia to a single remnant population in central Queensland. The species was declared extinct by the 1930s but a small population was rediscovered in central Queensland in 1973 and later protected by the establishment of Taunton National Park. This last remaining wild population of bridled nailtail wallabies fell to fewer than 500 individuals in the mid-1990s during a protracted drought. A recovery plan was developed and a key goal of the plan was to establish translocated populations throughout the former range of the species. In 1996, a translocated population was established at Idalia National Park, QLD, on the western edge of the species’ former range. This was a joint project between Queensland Parks and Wildlife (QPWS) and the University of Queensland (UQ), involving intensive monitoring of the translocation for the first 3 years. 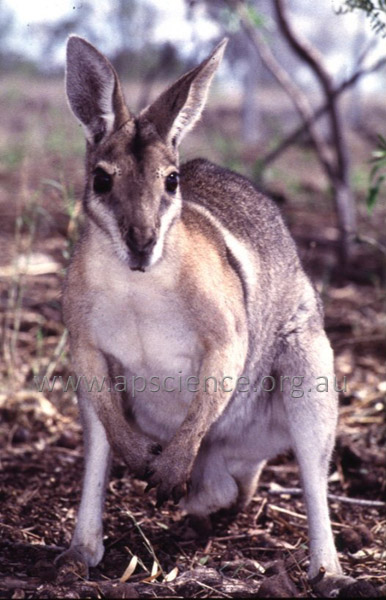 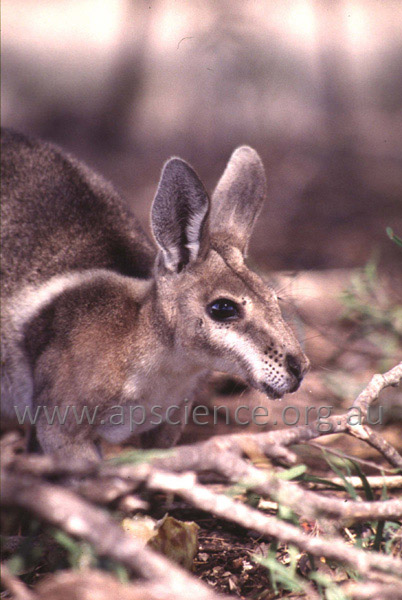 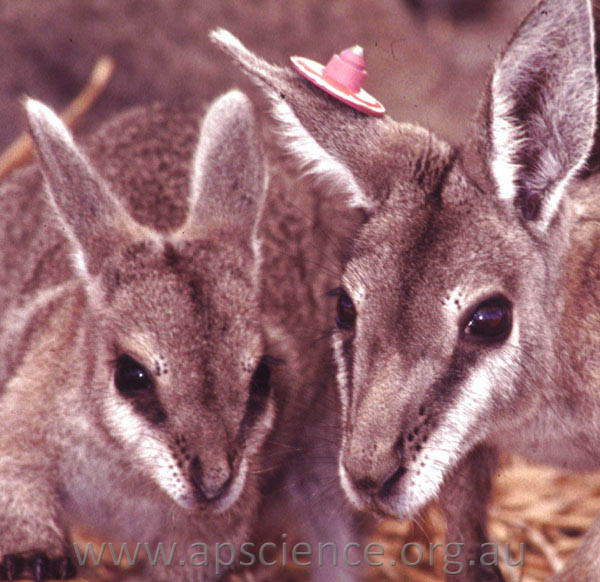 Figure 3. Mother and young at foot (photo by Dominique Sigg) 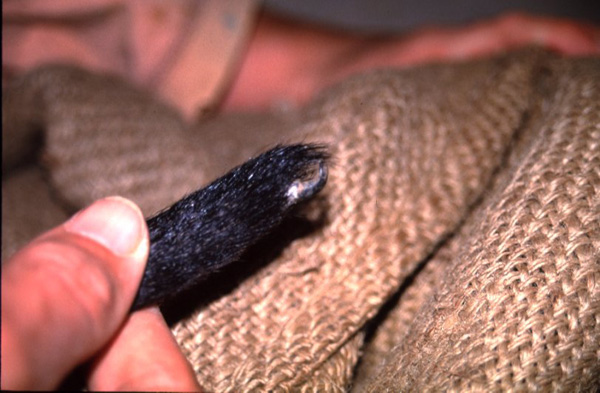 Figure 4. Claw-like nail on the tip of the tail, from which the species gets its name (photo by Dominique Sigg) 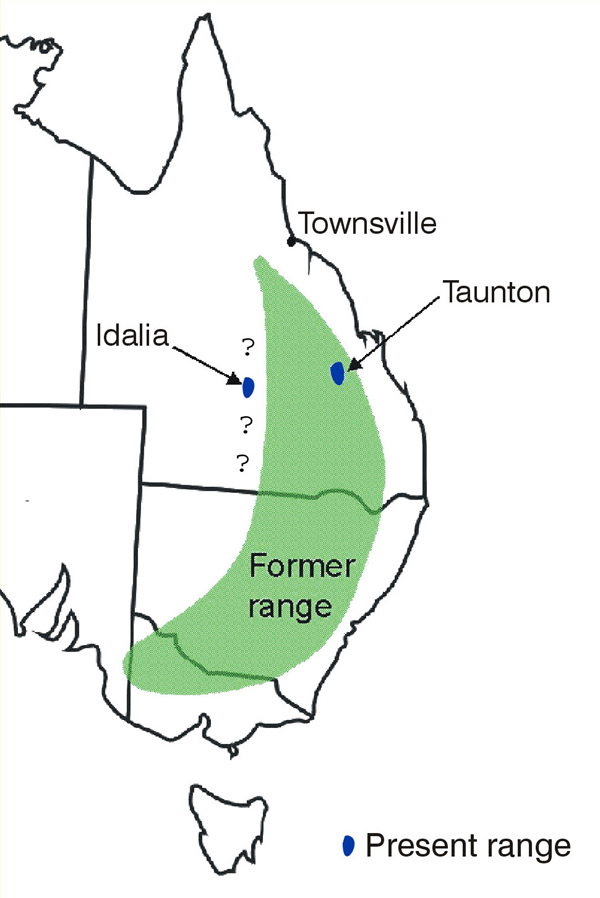 A free-ranging population was successfully established at Idalia; released animals showed high survival and successfully reproduced, and the population increased in size and expanded in distribution from the time of the first release in 1996 to the end of the initial monitoring period in 1999. Regular monitoring continued until the end of 2000, by which time the population had expanded to over 800 individuals. A study of the genetic structure and diversity of both the wild and translocated populations during 1996-2000 is currently being completed by Dominique Sigg at the University of Queensland. This study has found a reduction in genetic diversity of the translocated population, which was established largely from animals that had been bred in captivity for many generations from a small founder stock. In addition to this, the translocated population at Idalia shows significant genetic differentiation from the wild source population.

The aim of this study is to assess the current population dynamics and genetic diversity of a translocated population of bridled nailtail wallabies after a severe drought, and to make recommendations to managers to ensure the continued success of the translocation project.

The specific project goals are to: