Tree age and dendroclimatological potential of the rare desert tree Acacia peuce F.Muell. in Queensland and the Northern Territory (APSF 06-4)

A project undertaken at the School of Earth and Environmental Sciences, James Cook University, and supervised by Jon Luly

At a time when climate change is becoming one of the defining environmental issues, the need to better understand the dynamics of the climate system is commensurately increased. Instrumental and computational approaches to describing and predicting aspects of the climate have grown in sophistication but equally important is an appreciation of the trajectory of climate change in the past both as a guide to the amplitude of natural variation and a baseline against which contemporary, apparently anthropogenic, changes can be measured. Environmental proxies recording climatic information are many and varied. Many, such as those derived from growth bands in coral, or speleothems from limestone terrains, integrate signals reflecting events taking place catchment-wide and are processed through geochemical systems which add noise to an already spatially heterogeneous signal. Tree rings, which reflect more directly the effects of climate, are rarely used proxies in Australia as our climate, and the growth patterns of our trees do not favour production of the annual, temperature sensitive rings commonly seen in northern hemisphere species. 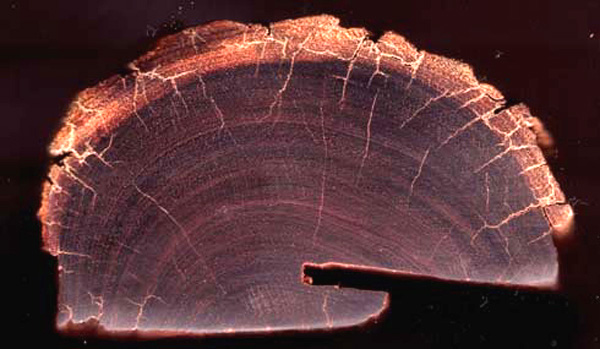 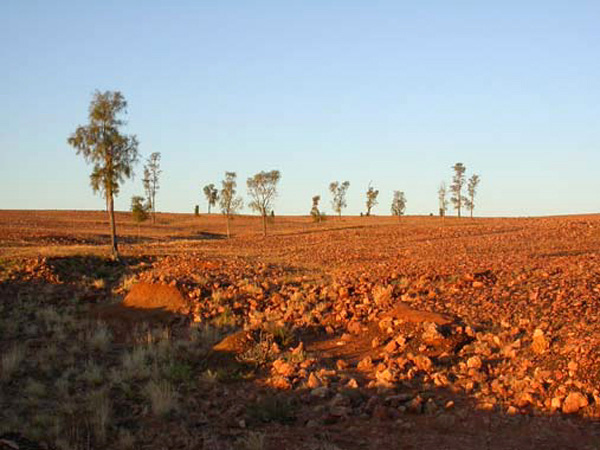 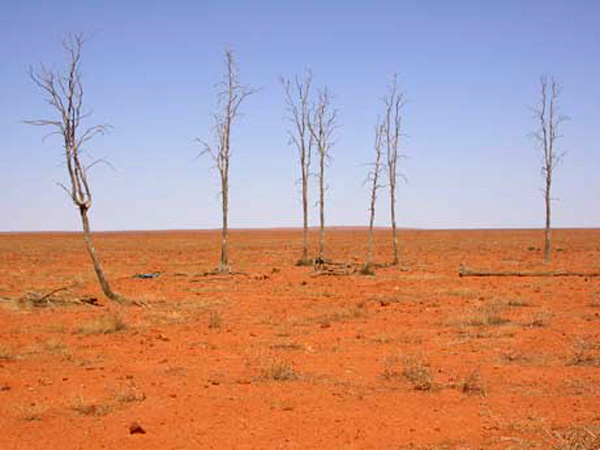 Fig. 3. Stems of waddy trees killed by fire in the Mac Clarke Acacia peuce Reserve during 1976. 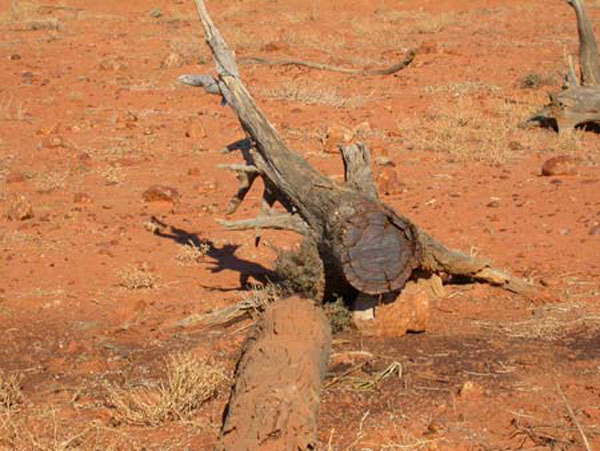 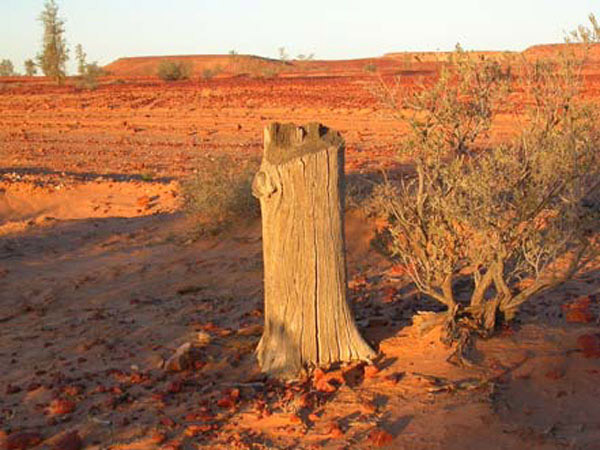 Fig. 5. A waddy tree stump cut for construction purposes on Roseberth Station near Birdsville. This tree is designated Roseberth No.5.

Fig. 6. Roseberth No. 2, a stump adjacent to the Birdsville to Boulia road.

The waddy tree (Acacia peuce) offers a unique opportunity to obtain a dendroclimatological perspective on climate change in arid Australia. It is a rare, slow growing desert tree found at Birdsville and Boulia in western Queensland and in the Mac Clarke (Acacia peuce) Conservation Reserve about 300 km southeast of Alice Springs. The waddy tree is reputed to live for at least 500 years, puts on flushes of growth in high rainfall years and develops clearly defined, variable thickness, growth rings. It is, therefore a species with dendroclimatological potential.

In this project, we are using accelerator mass spectroscopy (AMS) dating, in combination with analyses of tree rings, to attempt to generate a history of rainfall on the southernmost reaches of the Australian monsoon that begins in the years leading into the cold period known as the Little Ice Age and spans the full period of industrial modification of the atmosphere.

Sections have been collected from dead stems of waddy trees killed by fire in 1976 (Mac Clarke Acacia peuce Reserve) or cut for construction of fences and yards on Roseberth Station near Birdsville. Additional samples will be collected from Boulia in February. Samples for AMS dating will be submitted for analysis in October 2006 and tree ring analyses began in September.