A project undertaken at the School of Biological, Earth and Environmental Sciences, University of New South Wales, and supervised by Dr Stephen Wroe

Understanding the relationship between structure and function in the vertebrate feeding apparatus is elemental to studies of evolution and ecology. The great white shark is the world’s largest predatory fish, and this together with the fact that it is both a threatened species and an occasional threat to humans has made it the subject of considerable scientific attention. However, the relationship between form and function in the jaws of this notorious predator is poorly understood. The same can be said for most shark taxa, despite their role as apical predators in almost all marine communities. Even at a basic level , engineers do not understand how their ‘rubbery’ cartilaginous jaws are able to resist the forces developed during feeding on large fish and seals, and hard prey items such as turtles. 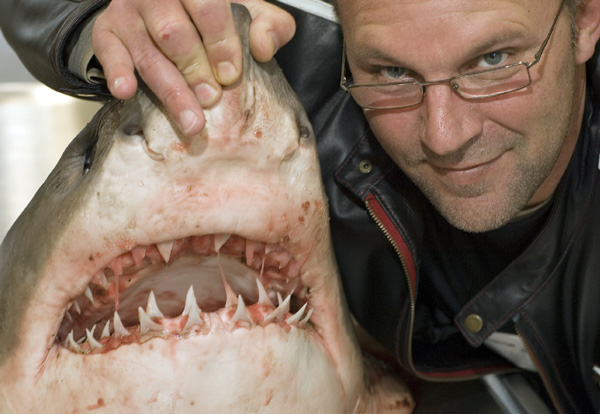 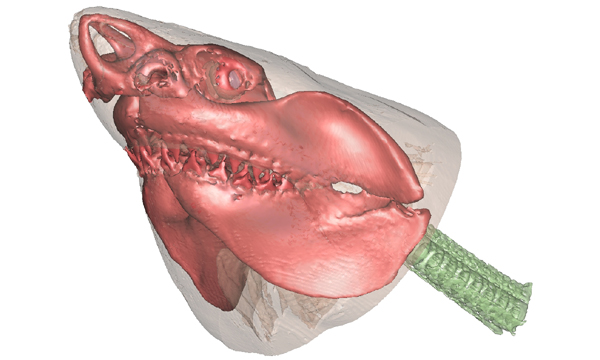 Figure 3. Stress distribution in a Finite Element model of a great white shark’s jaws during a maximal bite.

Based on analyses of 3-Dimensional engineering models generated from CT scan images we have thus far shown that the great white is indeed capable of producing high bite forces – and that little energy is lost in deformation of the jaws. However, these bite forces are surprisingly low given it’s size. Similarly, our work suggests that the great white’s  truly gigantic fossil relative – the 50 to 100 tonne Megalodon  – had the most powerful bite of any animal that has ever lived – but that pound for pound it’s bite was less powerful than  that of most living mammalian predators.

Further work applying a sophisticated engineering technique called Finite Element Analysis (FEA) has recently yielded more surprises:  thus, for example, we have shown that the jaws of sub-adult  great may be vulnerable to failure until they exceed over 2.5 m in length. This is because, although the jaws and associated muscle of young animals are large enough to produce high forces – the mineralised cartilage that provides their strength remains relatively thin until the individual reaches maturity. On the other hand – comparison with the grey nurse shark (a specialist on small fast prey), reveals that the jaw muscle architecture of the great white is better-adapted to deliver powerful bites over a wide range of gape angles.

Our ongoing analyses will make still broader comparisons and include bull and tiger sharks to provide additional insights into the evolution of their feeding behaviours and ecologies, as well as aiding in the design of shark-proof devices. Validation experiments are also underway which will improve confidence in the predictive power of computer models.

For more information on the approaches used in these studies see:
http://www.compbiomech.com/