Should I stay or should I go? Idetnifying pathways of larval dispersal in a temperate reef fish (APSF 09-3)

A project undertaken at the Department of Zoology, University of Melbourne, and implemented by Dr Stephen Swearer

Populations of many organisms reside in fragmented patches of suitable habitat that are connected by movements of individuals through a matrix of less-suitable habitat, and collectively known as a metapopulation. Understanding how and why metapopulations fluctuate in size is essential to predicting extinction risk and responses of populations to environmental change, management strategies, and harvest. 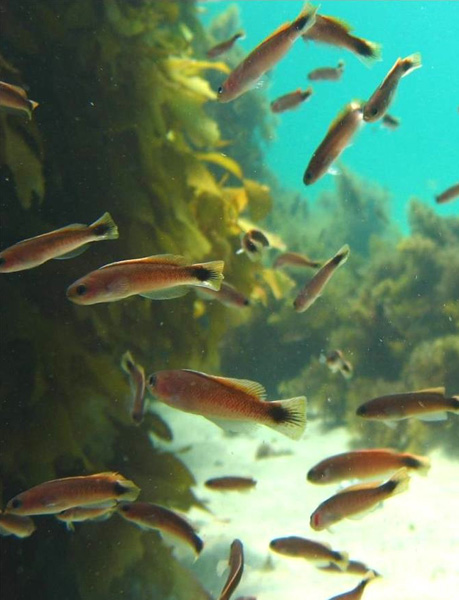 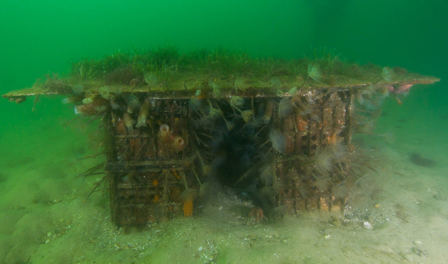 Figure 2. An artificial reef used to experimentally manipulate aspects of habitat quality to assess their impacts on survival. 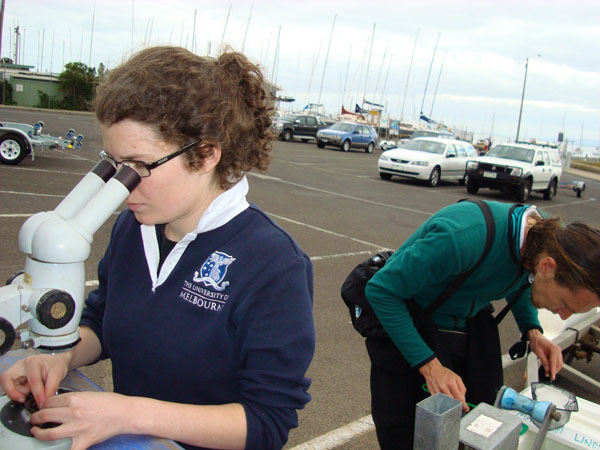 Metapopulation frameworks are useful for exploring the ecology of marine populations, as most shallow-water marine species have sedentary adult life stages residing in discrete benthic habitat patches, which are connected only by the dispersal of pelagic larvae. Identifying the sources of dispersing larvae and the attributes of habitat patchs and the surrounding ocean matrix that influence connectivity and local demography are therefore fundamental to understanding the dynamics of marine metapopulations.

Using the Southern Hulafish, Trachinops caudimaculatus (Plesiopidae) as a model species, our project aimed to investigate the influence of habitat patch and matrix attributes on larval dispersal and demographic rates for populations within Port Phillip Bay, Victoria, Australia. Specifically we:

Overall, our findings indicate that environmental heterogeneity, particularly in reef characteristics that define habitat quality, is an important driver of demographic variability. Poor quality reefs, which experience high mortality, only persist in the presence of replenishment from distant sources (i.e., they function as sink populations). Some high quality reefs only support hulafish populations in low numbers, but survival on these reefs is high, leading to greater longevity. Such populations, while not important sources in terms of rates of larval production, may be important refuge populations critical for long-term metapopulation persistence, particularly for short-lived species with highly variable rates of replenishment such as the southern hulafish. Future integration of the results of our study into a spatially explicit, stage-structured metapopulation model will explore the relative importance of source:sink dynamics and demographic variability to metapopulation persistence.