The distribution, abundance and diversity of the Lapita Cultural Complex along the Great Barrier Reef coastline in the third millennium BP (APSF 09-9)

This project arose following the discovery of a surface scatter of pottery at Lizard Island in intertidal sediments in 2006. Petrographic analysis by William R. Dickinson suggests that one of the Lizard Island potsherds has volcanic temper sand consistent with possible origin on the Papuan tip, and may have been imported to Lizard Island across the Coral Sea. 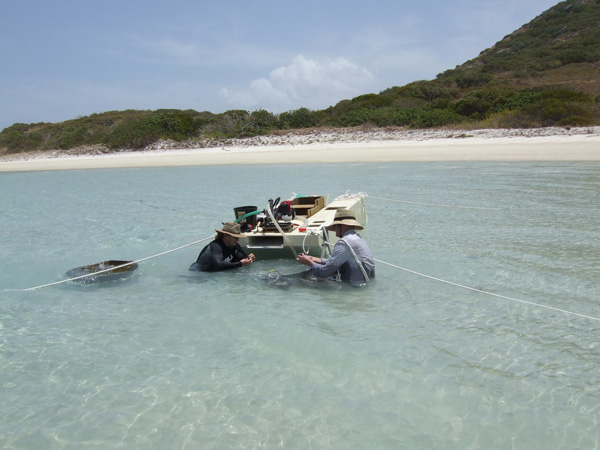 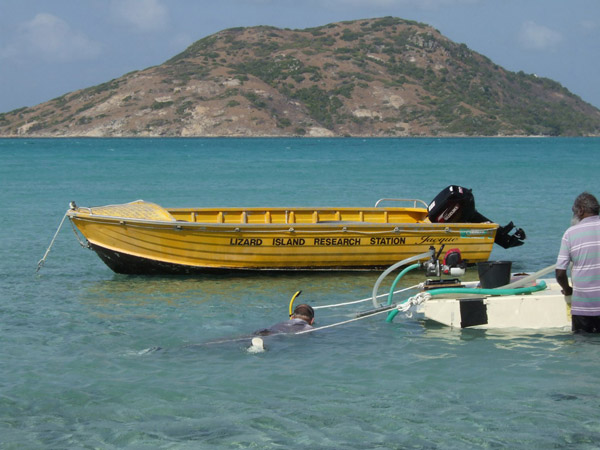 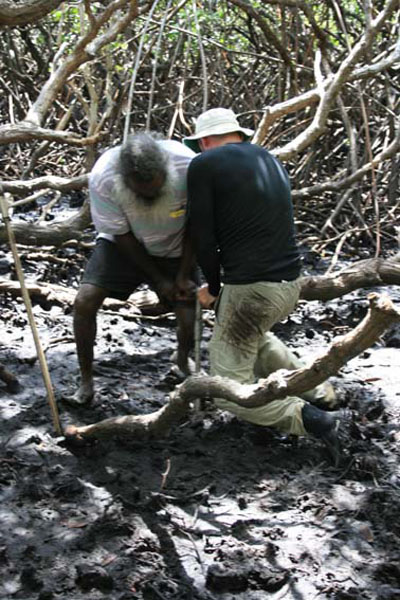 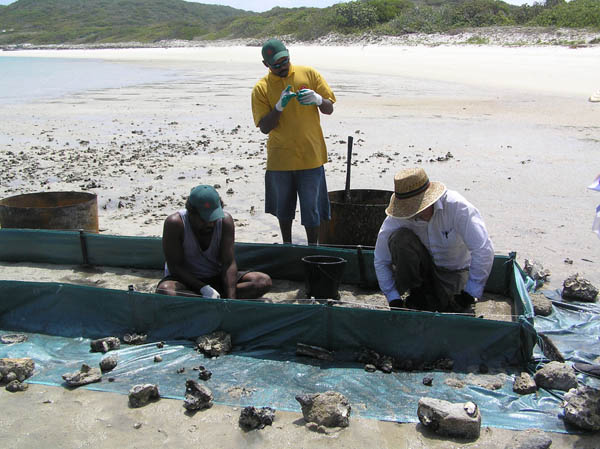 Previous research in Solomon Islands on intertidal and shallow water pottery scatters, thought to be the remains of stilt-house villages over shallow water circa 700BC-200BC, had shown that coastal processes largely remove pottery, even in exceptionally sheltered locations, and also that such remains are inconspicuous except where sediment supply is low. It was proposed that the lack of discoveries of this early pottery along the North Queensland coast and other parts of Near Oceania could be explained as prevalence of stilt-house settlement type, and subsequent destruction by more severe coastal processes than those acting on the sheltered locations examined in Solomon Islands. Anomalous granitic/coral sand temper sand imported into the Solomon Islands sites was from a geological locale similar to Lizard Island, which had stimulated the 2006 research visit to seek Lizard Island sand samples for comparison.

The plan at the outset of the APSF project in 2009 was to conduct two field seasons at Mangrove Beach intertidal concurrent with palaeo-botanical work, with wider reconnaissance for other sites possible in the third year. Investigation of Lizard Island pottery site proved to be a more challenging task than anticipated, with some primary site-formation questions as yet unresolved, and investigation continuing in association with researchers at Monash and JCU Cairns. Thermo-luminescence dating of the pottery is in progress. A search for preserved remains of house posts also continues, aided by geophysical imaging. Analysis of stone artefacts is in progress at JCU Cairns.

Analysis of pollen cores from a mangrove estuary on the island (Erlike Prosk and Simon Haberle) has documented an 8,000 year pollen sequence, providing a record of vegetation changes for the large valley and swamp system at the centre of the island. Plant micro-fossil work by Carol Lentfer documented vegetation changes over the last 4,000 years at the southern end of the island, with a shift from dry rainforest to more open vegetation about 3,000 years ago.

The three-year grant from the APSF has provided a vital stimulus for the research program. The results obtained over the three years have generated sufficient interest to attract further funding and collaboration from Australian researchers. New funding and equipment has allowed further inter-tidal work to be planned for September 2012, and a larger project is planned for 2014. The support for the research from Dingaal traditional owners is gratefully acknowledged.