A project undertaken at the Centre for Fish and Fisheries, Murdoch University, and supervised by Dr Adrian Gleiss

Elasmobranchs (sharks, rays and skates) occur in all of the world’s oceans, but unlike the marine environment, sharks are relatively rare in freshwaters. Whereas most species of teleost (bony fish) have a swim-bladder that can provide buoyancy via gas secretion, elasmobranchs are only equipped with a liver constituting of low-density lipid. A shark’s position in the water column is maintained primarily by swimming. The lower density of freshwater doubles the negative buoyancy of a marine shark, which cannot be compensated by simply increasing liver size, which would, otherwise, have to increase in volume 10-fold. Thus buoyancy regulation may pose a complicating factor to a shark’s ability to occur in freshwater. 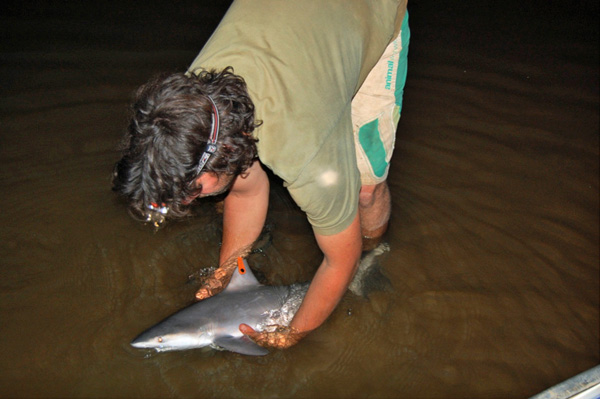 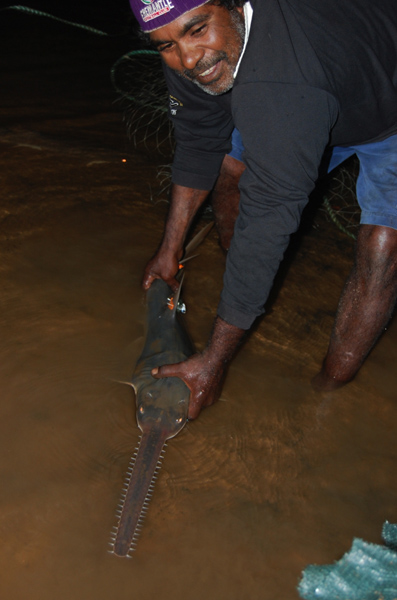 Figure 2. Terry Marshall, a Nukina-Mangal Ranger Co-ordinator, with a freshwater sawfish that was just equipped with a data-logger

Figure 3. David Morgan with a freshwater sawfish at Giecki Gorge, near Fitzroy Crossing 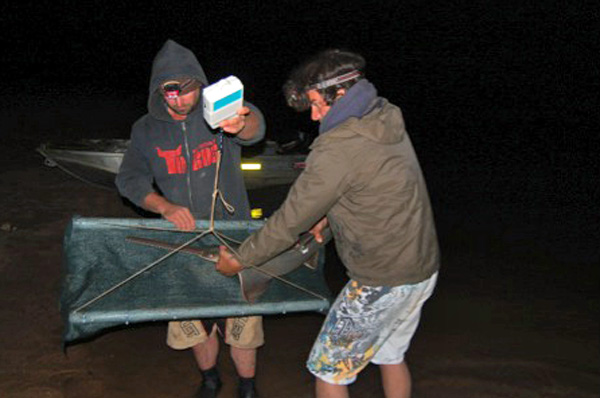 To test this hypothesis, we have been studying elasmobranchs occurring along a natural salinity gradient in the Kimberley region of Western Australia, more specifically in the Fitzroy River and its estuary, King Sound. In order to understand what morphological and energetic impact salinity has, we have been measuring, tissue- and blood-sampling and tagging Freshwater Sawfish (Pristis microdon) and Bull Sharks (Carcharhinus leucas) with the help of TEAM SAWFISH and the local Nyikina-Mangala Rangers. Due to the good wet-season rains, and subsequent high river flows, many of the Freshwater Sawfish we encountered were in a large pool below an artificial barrier known as the Barrage (see www.freshwaterfishgroup.com). Here we captured 78 individual Freshwater Sawfish, and all but one of which were newborn pups. All of these were tagged and released, and many had injuries to suggest they were being preyed on by Bull Sharks and crocodiles. We are now preparing for our next field trip, where we will be working the same pool, as well as in the tidal areas where brackish water dominates, and the King Sound, which is marine but macrotidal.