A project undertaken at the Institute of Marine and Antarctic Studies, University of Tasmania, and supervised by Dr Karen Miller

Seamounts are recognised as hotspots of biodiversity, but are under increasing threat from activities such as fishing and mining, as well as climate change.  There are current initiatives to protect deep seamounts through the designation of Marine Protected Areas (MPAs), but for MPAs to be effective they need to promote normal ecological processes in the ocean and maintain genetic and biological diversity.  Due to our limited understanding of the biological process that regulate populations, especially the nature of connections among seamounts, it is difficult to assess the effectiveness of MPAs in these ecosystems. 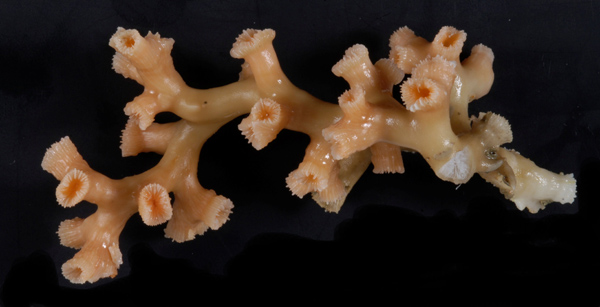 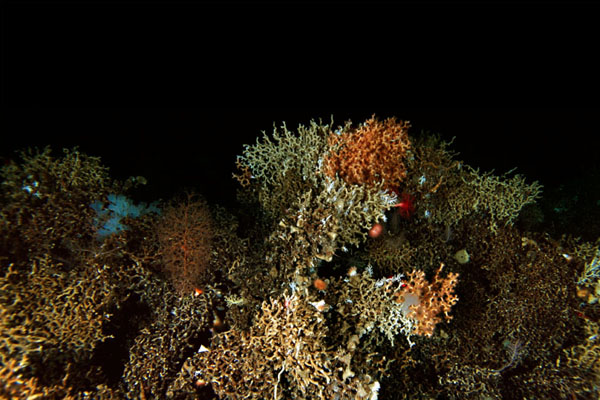 Deep-sea corals are some of the most abundant organisms on seamounts and are important because they provide the three dimensional habitat within which most other species live; conservation of seamounts corals is therefore paramount in protecting deep seamount communities.  This project used molecular genetic data from the widespread and abundant deepsea coral Solenosmilia variabilis to;

Through the research funded by APSF, we have been able to determine that SE Australian seamount populations of Solenosmilia variabilis are genetically isolated, which suggests only low levels of larval dispersal among them and that seamount corals are largely self-recruiting. In this context, populations on one seamount are unlikely to be rapidly replenished from populations on adjacent seamounts following a disturbance. We also found high levels of clonality within populations, suggesting asexual reproduction through fragmentation is likely to be an important part of the life-history of this coral species. From a conservation perspective our findings indicate that MPAs will protect a local population, but there will be limited spillover from MPAs to unprotected sites. However based on our genetic data, it seems that on the rare occasions that coral larval dispersal does occur among seamounts, it is primarily in a westerly direction consistent with the predominant ocean currents in the area, indicating oceanic dispersal is an important process that links these populations on evolutionary timescales.

Importantly, we found no evidence that there were lower levels of genetic diversity on fished seamounts compared with non-fished seamounts suggesting the level of damage sustained by coral populations associated with commercial fishing has not affected their longer-term resilience.