A project undertaken at the School of Environmental and Life Sciences, Murdoch University, and supervised by Stephen Beatty

The South West Coast Drainage Division of Western Australia contains only ten species of native freshwater fishes, of which eight are endemic to the region. The south west also contains 13 species of alien fishes, of which goldfish (Carassius auratus) are among the most important Goldfish are a particular problem in the Vasse River system, where we have been been undertaking removal programs since 2005. In project APSF 04/2, we identified, for the first time, the parasites of native and alien fishes in the south west. One of these parasites was Lernaea cyprinacea, which was introduced with goldfish and has subsequently spread to native fishes. The parasite is more prevalent, and apparently more pathogenic on native species than on goldfish. A simple epidemiological model suggests that removal of goldfish may increase the prevalence of parasitic infection on native fishes (because goldfish are less competent hosts). On the basis of this model, we have stopped goldfish control programs in rivers where the parasite is present. The predictions of the model, however, depend critically on two parameters for which we currently have no reliable estimates; the relative susceptibility to infection of goldfish and native fishes when exposed to the parasite, and the fecundity of the parasite on goldfish and native fishes. In this project, we aim to obtain estimates of these parameters and test the predictions of our epidemiological model. 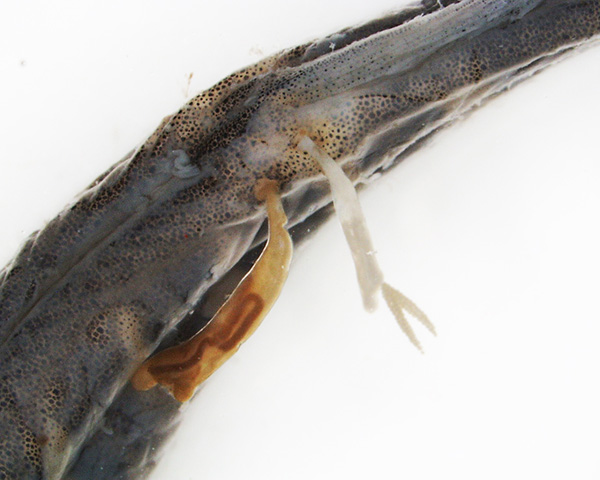 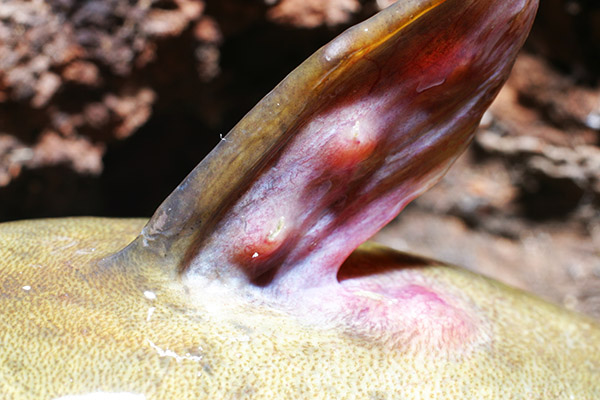 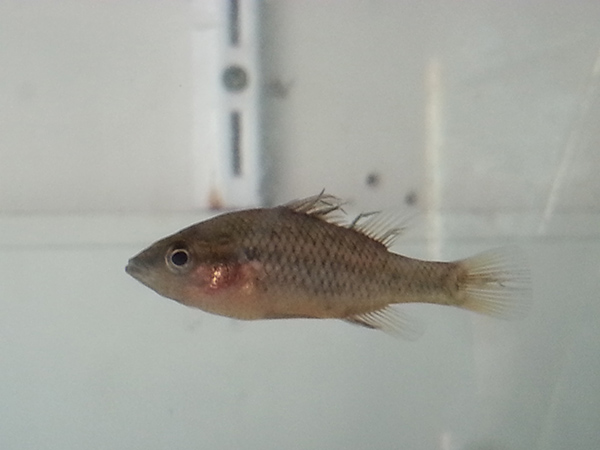 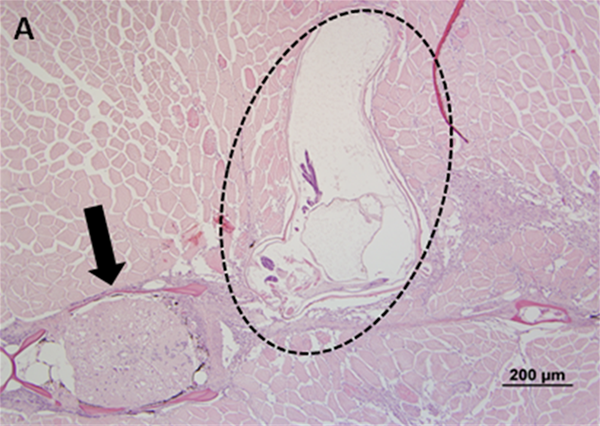 Lernaea cyprinacea was found on fishes in three river systems in the south-west of Western Australia; the Canning River and its tributary the Southern River, in which L. cyprinacea had been previously recorded, and the Serpentine and Murray Rivers, which represent new distribution records. The species identity of L. cyprinacea was confirmed by sequencing at the 18S and 28S rDNA loci.

Overall, L. cyprinacea infestation was more prevalent in native freshwater species than exotic freshwater fishes. The parasite was found on six native fish species, with a mean prevalence of 0.18 (± SE 0.04) and on three exotic fish species, with a mean prevalence of 0.02 (± SE 0.06) (Table 1). Goldfish and pygmy perch occurred together in two locations; the Canning River and the Serpentine River. Although in the Canning River there was no difference between these two species in either prevalence (Fisher exact test, P = 0.34) or intensity of infection (Kruskall-Wallis test, z = 0.72, P = 0.47), in the Serpentine River, prevalence was significantly greater in pygmy perch than in goldfish (Fisher exact test, P < 0.0001) (intensity could not be compared because no infected goldfish were found in the Serpentine River).

The greater infectivity of L. cyprinacea to pygmy perch than to goldfish may be due to differences between the fish species in defensive behaviours and/or immunological responses. Putative defensive behaviours (gulping, jerking, scraping, pecking) were observed much more frequently in infected goldfish than in pygmy perch (Fisher exact tests: for gulping, P = 0.0001; for jerking, P < 0.0001; for scraping, P = 0.06; for pecking, P = 0.01). When goldfish and pygmy perch were treated for infection and then re-exposed to the parasite, the re-infection rate for pygmy perch was 0.75 (95% CI 0.50 – 0.91, while that for goldfish was 0.39 (95% CI 0.18 – 0.62 (significantly different by Fisher exact test, P = 0.04), suggesting that the species also differ in acquired immunity to L. cyprinacea.

An epidemiological model was constructed, based on the “reservoir potential” model of Mather et al. (1989; American Journal of Epidemiology 130: 143-150). The competence of the ith host species to transmit infection (Ci) was defined as the number of infective stages (Ii) produced by hosts of that species per day, divided by the total number of infective stages produced by hosts of all species per day (IT). For the ith host, Ii = Di Pi (Bi/Ti) Fi, where Di is the host density, Pi is the proportion of hosts infected, (Bi/Ti) is the mean intensity (burden) of parasites per infected host per day, Ti is the mean lifespan of an attached adult female and Fi is the mean lifetime fecundity of an attached adult female. Over all hosts, IT = ΣIi.

The epidemiological model was initially parameterised using estimates of prevalence and intensity of infection for naïve and recovered hosts obtained from laboratory experiments, and estimates of parasite lifespan and fecundity obtained from the literature. Using these estimates, simulation results suggested that reservoir potential (i.e. the number of infective parasite stages in the environment) is inversely related to goldfish density. These initial simulations, however, did not account for the increased mortality of infected pygmy perch compared to goldfish and therefore assumed that parasite lifespan was the same for both host species. Using differential host mortality rates to adjust parasite lifespan removed this trend, predicting no relationship between reservoir potential and goldfish density.

From these results, there is no evidence that removal of goldfish will increase the prevalence or intensity of infections of L. cyprinacea in native fish species. Although native fish species are more readily infected and habour more attached parasites than goldfish, because they appear to lack both innate behavioural defenses and acquired immunity to the parasite, they also suffer greater mortality and this markedly reduces their competence in transmitting further infections.

Lymbery, A., Basile, S., Morine, M., Morgan, D. and Beatty, S. (2013) The susceptibility of native and introduced freshwater fishes to the exotic parasite Lernaea cyprinacea. Proceedings of the 24th International Conference of the World Association for the Advancement of Veterinary Parasitology, 25-29 August 2013, Perth, Western Australia, p. 296.

Lymbery, A., Hassan, M., Basile, S., Morgan, D. and Beatty, S. (2013) A healthy river is one which is rich in (some) parasites. Proceedings of the Inaugural Western Australian Freshwater Fish Symposium, 8 November 2013, Perth, Western Australia, p. 23.