It’s not all peachy: what is the adaptive role of extreme colour change in frogs? (APSF 12-8)

A project undertaken at the Department of Biological Sciences, and supervised by Matthew Bulbert

Juvenile Oreophyrne ezra were found perching during the daytime in relatively large numbers. Using traditional colour spectrometry we confirmed our initial prediction that juvenile Oreophyrne ezra are conspicuous relative to their perching background, light conditions and predator visual sensitivities. In contrast adults, that were only active in the evenings, were indistinguishable from their background. The adults varied in colour reflecting the variable colours of the leaf litter in which the frogs hid during the day. We expected the conspicuousness of the juveniles to coincide with being toxic.  However, we found no evidence of alkaloids within the skins of either the adults or juveniles. It is possible other chemicals could be used however an alternative explanation is that the frog is a Batesian mimic of a distasteful weevil found within the same area. If this was true it would be only the second vertebrate known to mimic a vertebrate. 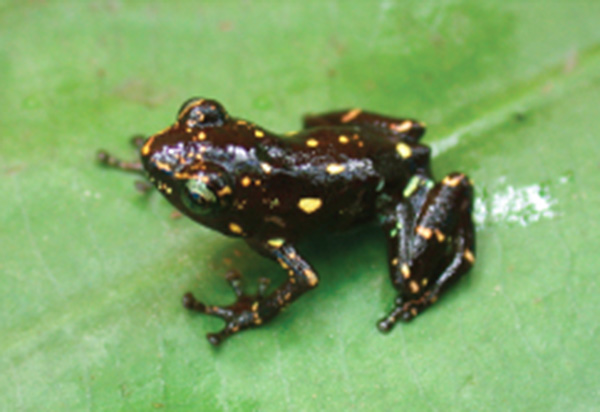 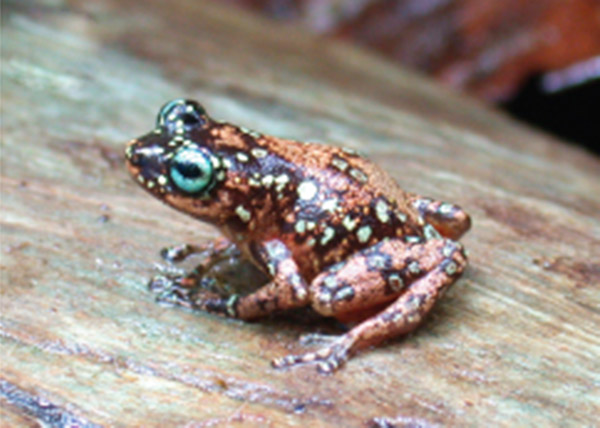 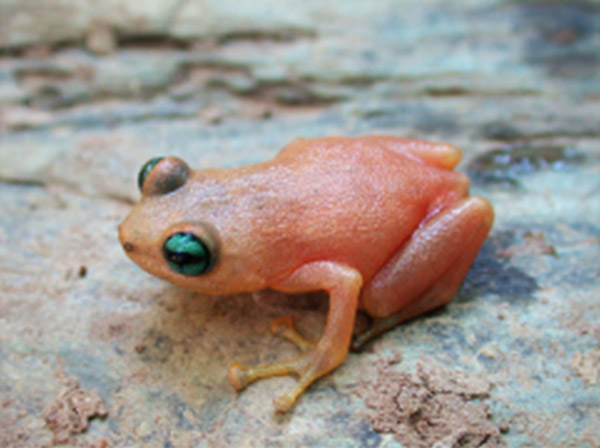 The project sparked a broader research initiative to examine other animals that undergo ontogenetic colour change to address several fundamental questions related to adaptive colouration strategies. It also highlighted the need for a better method to measure colour that was amenable to such small fauna as O. ezra and indeed insects. We went on to construct a system to measure colour and patterns via a newly-developed technique using modified digital cameras. This method has now been used in two other projects that are investigating the drivers for why animals change their strategies. The project also provided a fabulous opportunity to engage with the local community and school with close to 20 individuals being employed on some aspect of the project.