Introduced exotic species that become ‘weedy’ often have very negative impacts on native ecosystems.  On the other hand exotic pollinators, such as the honeybee Apis mellifera and the bumble bee Bombus terrestris, are often valued for their ability to increase crop yields.  Balancing these two factors can be difficult, and land/resource managers need to be informed by solid research on likely impacts.

Our project aims to assess the likely benefits and threats posed by bee species that have been recently introduced into Fiji, how they are adapting to Fijian habitats, and how this might impact on endemic pollinators.

Our project builds collaboration between Flinders University, University of the South Pacific, University of Adelaide, the South Australian Museum, and the Secretariat of the Pacific Regional Environment Program (SPREP). It will also contribute to the training of Fijian and Australian research students in the fields of agriculture, ecology, biodiversity, and conservation genetics. 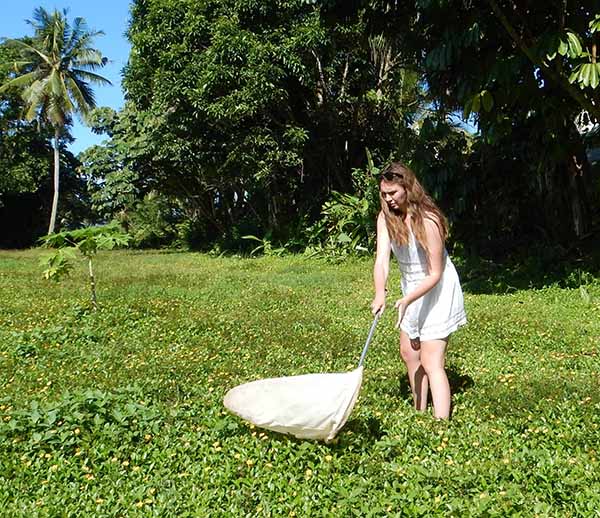 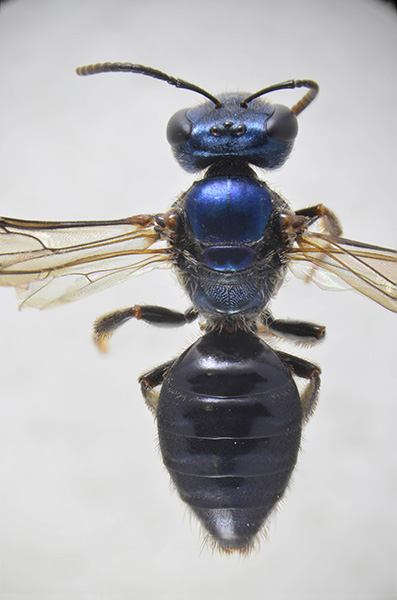 Figure 1. The endemic Fijian bee Lasioglossum (Homalictus) hadrander.  This bee is one of several species that are restricted to only the highest plateaus in Fiji and will be vulnerable to any global warming. 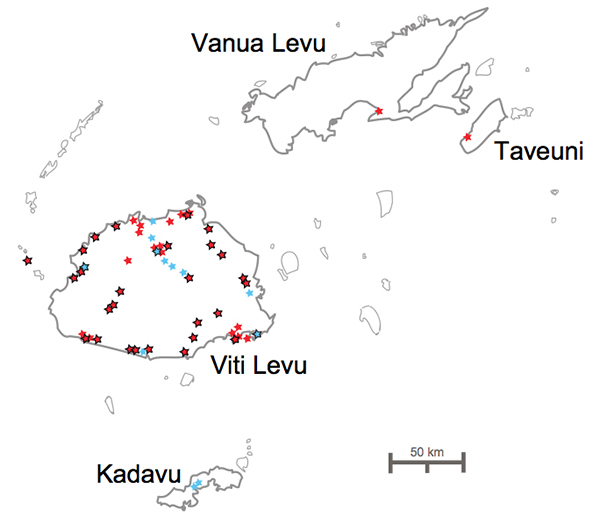 Figure 3. Current distribution of the exotic bee species Braunsapis puangensis and Ceratina dentipes in Fiji.  These two species have been able to disperse into nearly all ecosystems in Fiji and have become widespread in other Pacific islands.  They represent a challenge for understanding how exotic pollinators affect native ecosystems, but may also help boost pollination of agricultural crops. 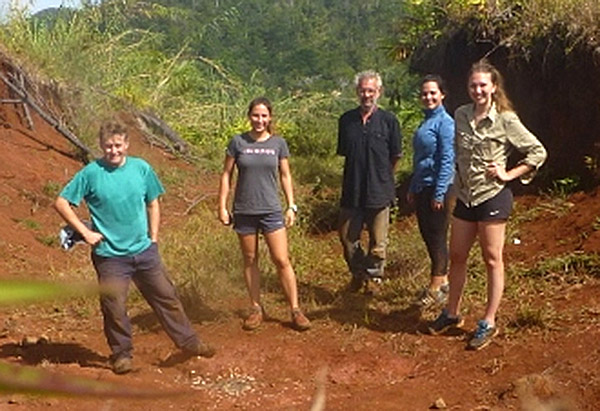 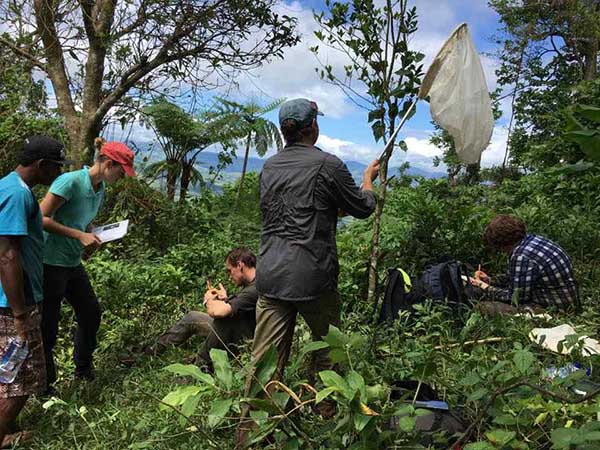 Figure 5. Collecting bees in the Koroyanitu highlands.  Our expedition was the first to sample bees from this National Heritage Park, and revealed multiple new bee species, all vulnerable to climate change. 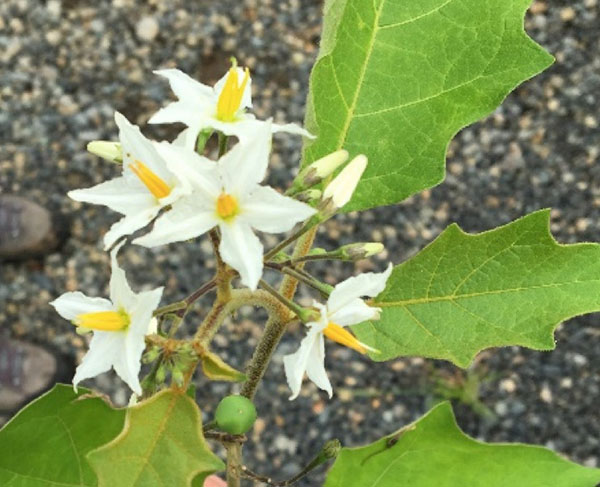 Figure 6. Solanum torvum is a major introduced weed species in Fiji that is toxic to stock.  It normally requires specialist ‘buzz pollinators’, which are absent from Fiji.  However, one Fijian endemic bee is able to pollinate Solanum via ‘pollen larceny’, and this may explain why Solanum has been able to become so widespread in Fiji. 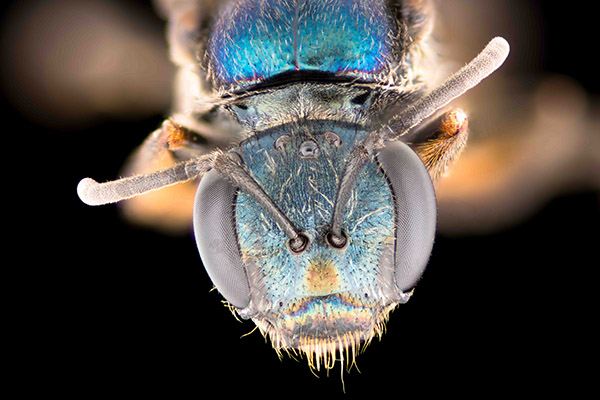 Figure 7. Face-view of an undescribed Fijian Homalictus bee. Most Fijian Homalictus species have striking metallic colours, but they are very small.  (Figure courtesy of James Dorey who is researching Fijian bee speciation and is also a macrophotographer) 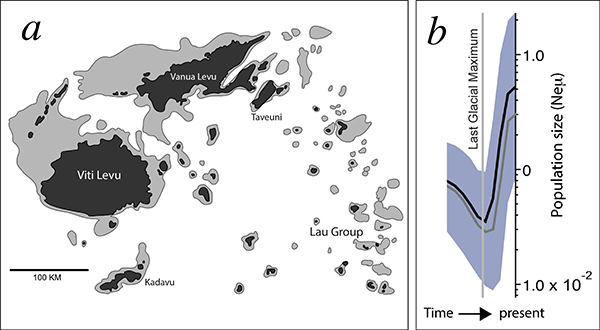 Figure 8. (Left) Surface area of land in Fiji at present (black regions) compared to the Last Glacial Maximum (grey regions) when sea levels were lower by ~150m (adapted from Ash 1992). (Right) Plot of population size of Homalictus fijiensis showing a dramatic increase in effective population size since the Last Glacial Maximum, with greyed region indicating 95% HPDs.  This change in population size is inconsistent with the huge reduction in land area of Fiji, but it is consistent with adaptation to a warming climate since the LGM. 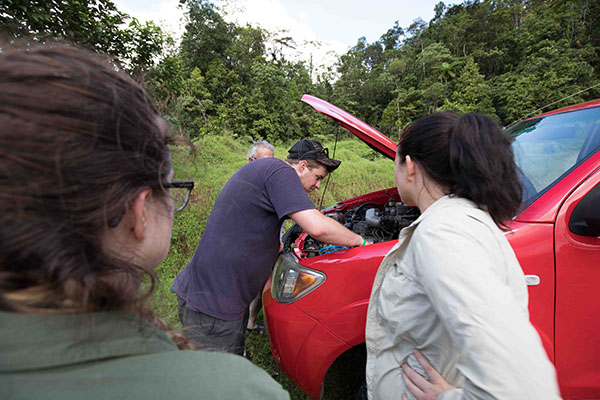 Figure 9. Vehicle problems have been a constant trouble for our work in the Fijian highlands where roads can be very rough and steep, even for large 4WDs.

We have recently shown that the distributions of the exotic bees Braunsapis puangensis and Ceratina dentipes are much more extensive than had been previously realized (da Silva et al. 2016).  These bees have been able to disperse throughout most of Fiji in a short time and we have also reported their recent dispersal into French Polynesia (Groom et al. 2016).  Itseems likely that both exotic species will become widespread throughout many SWP archipelagos.

We have also modelled the likely distribution of Braunsapis puangensis in the Indo-Pacific region under various future climate change scenarios (Silva et al. 2016).  Our modelling shows that B. puangensis is likely to extend its distribution in the future.  Whilst this may have some negative ecosystem impacts, this long-tongued bee species has the potential to provide important crop pollination services if there are any threats to the honey bee, Apis mellifera, for example via spread of honeybee pathogens.

We have examined social organization of Braunsapis puangensis in Fiji and shown that it is a casteless species, living socially but with no social hierarchies (da Silva et al. 2015).  This has implications for understanding social evolution, especially with respect to gain and loss of hierarchical structure.

Our most recent studies (currently in preparation for journal submissions) have demonstrated some unexpected findings with potentially major implications:

Our recent publications from APSF-funded work includes the following papers.  If you are unable to access these journal papers via the web, please email Mark Stevens, Scott Groom or Mike Schwarz for a pdf reprint.

Before our APSF-funded research the understanding of Fijian bees was limited to a handful of now very old papers.  Only four endemic Fijian bees had been reported and nothing was known of their biology.  We now have a much more detailed picture of bees in Fiji.  We now know that there are many introduced species and that the number of endemic species is dramatically larger than had been anticipated.  We also know that endemic species are supergeneralists and likely to greatly augment the spread of exotic weeds, even if those weeds have specialized pollinators that are not present in Fiji. At the same time we know that some introduced bees are unlikely to enhance the spread of weedy exotics, and another species may provide fall-back pollination services for crops if managed honeybees decline with the future introduction of honeybee pathogens.  There are also good prospects for using endemic bees to increase crop pollination by manipulating nesting site conditions.

We suggest the following topics as areas that are important for future research:

We welcome all opportunities for collaborating on research into the biodiversity, conservation, and pollination biology of south western Pacific terrestrial biota.  If you are interested please contact Mike Schwarz (michael.schwarz@flinders.edu.au) or any other members of our team.