The history of the traditional communities of the Pacific is underwritten by the theme of long-distance social interaction, starting with the colonisation of the western Pacific by the Lapita peoples around 3300 years ago and continuing to the re-enactment of long-distance voyaging by traditional Polynesian canoes like H?k?le’a. Social interaction has been frequently based on the exchange of valuables or the trade in commodities – goods produced in one location and bartered in another. When Europeans arrived in Papua New Guinea, maritime exchange systems ringed the coast and offshore islands.  Anthropologists like Malinowski emphasized the social relationships made manifest in the exchange of valuables in the kula ring, but it is also apparent that such exchanges were linked to the more prosaic economic exchanges of food and utilitarian goods. With a different emphasis, one exchange system in Papua, known in the Motuan language as the hiri, is unique for the sheer volume of freight transferred between communities along the Papuan coast; at the same time the hiri involved the binding of trade partnerships with gifts and the exchange of valuables. 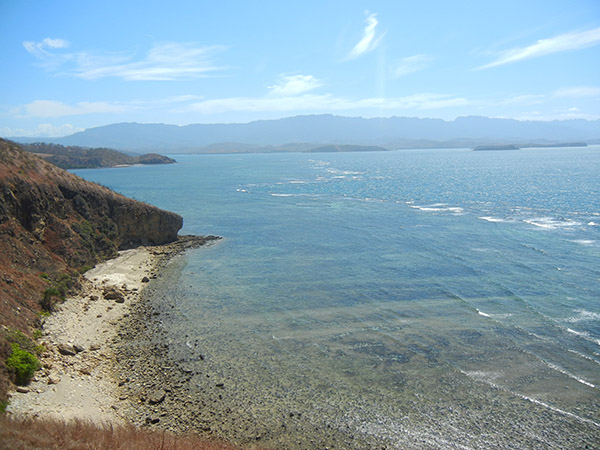 Figure 1. View of Motopure Is. from Pyramid Hill, Taurama. The Owen Stanley Range on the mainland, is in the background.

Studies of the hiri trading system have developed a number of theoretical propositions for its development that are readily testable in the archaeological record. The quality of the ethnography together with the dynamics of a system that annually shipped 20,000 earthenware pots and other goods 400 km from the Port Moresby villages to the Papuan Gulf to exchange for c. 600 tons of sago and canoe hulls have provided rewarding opportunities for archaeological investigations.

The Motupore archaeological site in the 1970s provided data that underpins current theories relating to the beginning and development of the hiri. This site is on the University of Papua New Guinea’s (UPNG) Motupore Island research station and will provide the case study for this project.

Work on Motupore has shown that a model suggesting that the Motu were forced to trade for food in the Gulf because of climate-driven drought conditions around Port Moresby should now been replaced with a model of the evolution of a specialized maritime subsistence trading community, probably beginning before the settlement of Motupore, but greatly accelerated by the growth of a cluster of settlements centred on Motupore and Bootless Bay.

This project will concentrate on three key aspects.  Motupore was first excavated nearly 50 years ago, which means that various aspects of the data need to be updated and new technologies need to be applied to them.  In particular the site requires a more robust radiometric chronology than is available; also a ceramic sourcing program using pottery data from Bootless Bay and recipient villages in the Gulf; and also investigations of palaeodiet, using oxygen isotopes and other new technologies.  Secondly, the developed Motupore sequence will be used as the basis for examining other known sites around Bootless Bay and the nearby hinterland, to develop a regional archaeology of the Bay.  Lastly, both the acquisition and analysis of the new data will be directed towards integrating with the other multidisciplinary studies carried out at the UPNG research station over the last 20 years and continuing today.

A primary aim is to use this site to directly contribute to teaching and learning in archaeology at UPNG, and to widen UPNG’s links with staff and students from the University of Otago, NZ and Australian universities by selectively inviting them to participate, and having them sponsor UPNG students to visit their institutions.