Why do honey bees survive Varroa infections in Tonga? (APSF 15-2)

A project undertaken at the School of Biological Sciences, University of Sydney and supervised by Madeleine Beekman

Albert Einstein famously said “If the bee disappeared off the surface of the globe, then man would only have four years of life left. No more bees, no more pollination, no more plants, no more animals, no more man.” Nearly 50 years after his death, this quote is rising in popularity as environmentalists and the media deliver a gloomy message: the Western honeybee (Apis mellifera) is in decline. Despite the obvious hype, honeybees are indeed suffering from a myriad of ailments world wide. The most important culprit is the ectoparasitic mite Varroa destructor. This relatively new parasite is claimed to increase the virulence of honeybee RNA viruses, resulting in a change in viral landscape with devastating effects on honeybees. While this scenario seems plausible, direct evidence for a causal relationship between Varroa and virulence of RNA viruses is lacking. 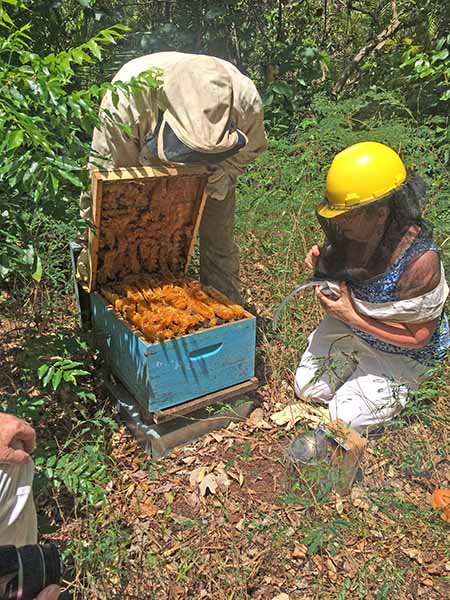 Figure 1. Emily Remnant collecting bees on Vava’u with the help of a local beekeeper. 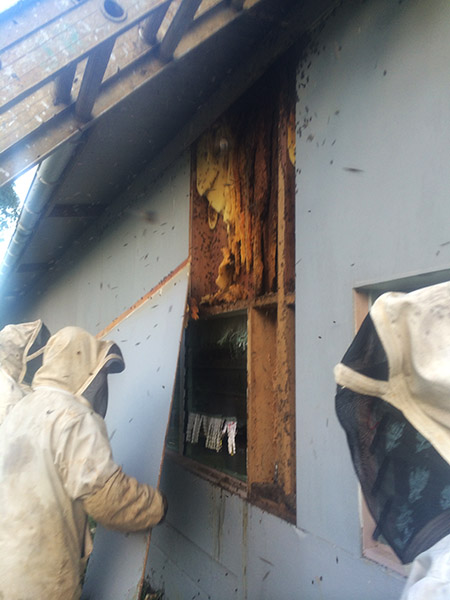 Figure 2. Collecting bees from a feral colony that lived within the walls of a school.

Varroa arrived on Vava’u island in the kingdom of Tonga 10 years ago. Despite the presence of the mite, the honeybees on Vava’u maintain healthy. There are two possible explanations. Either the bees on Vava’u do not carry any RNA viruses, or the bees have an immune system that allows them to cope with the viruses. Our main objective is to collect samples from different islands within Tonga and to establish if colonies that contain Varroa lack the virulent viruses normally associated with Varroa. We will then compare the viral landscapes of bees from islands in Tonga to bees from New Zealand where the Vava’u Varroa strain originated.

We collected samples from colonies with and without Varroa in October-November 2015. We also determined the number of mites per colony whenever possible (as not all colonies were easily accessible). While in Vava’u, we placed an advertisement on local radio to try and identify feral colonies. We succeeded in identifying five feral colonies in the walls of homes and schools. The number of mites in the colonies found ranged between 3-11 mites per 100 worker bees. We also examined drone (male honeybee) brood from one colony to determine the number of mites present in the brood. We found approximately 50 mites per 100 drones, in line with previous observations that Varroa mites are more prevalent on drones.

We processed the samples and extracted RNA for next generation sequencing after returning to Sydney. We are currently awaiting the sequence data and will commence bioinformatics analysis when the results become available. We will examine virus prevalence and abundance as well as gene expression differences. Pending the results we will conduct further sequencing and validations of our findings.