Dillenia biflora, known as kuluva in Fijian, is an important rainforest tree of Fiji.  In addition to its many cultural uses, it also hosts a range of native animals.  We found that moths and geckoes favoured the flowers and robbed the nectar.  However, the flowers are intended for bats.  Bats are the only native mammals of Fiji.  They open the corolla, which otherwise remains closed, leading to the death of the flower.  The exploration of this mutualism is very difficult but terribly exciting.  We are analysing the nectar, which appears unusual, and slowly elucidating the very dense mystery of Dillenia biflora’s pollination 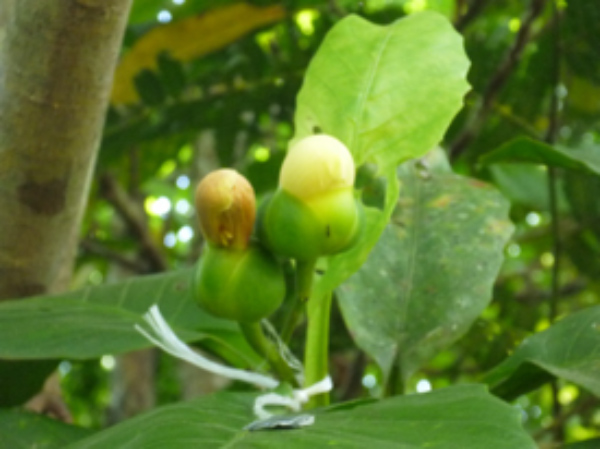