Recent breakthrough discoveries in insect science provide new avenues for highly targeted and environmental-friendly pest control. Many insects are associated with maternally inherited bacterial endosymbionts that manipulate host reproduction. Infecting >50% of insect species, Wolbachia is the most common; another example is Cardinium. The most frequently observed reproductive manipulation is cytoplasmic incompatibility (CI), a crossing sterility that results in the embryonic mortality of eggs of uninfected females fertilised by infected males; in contrast, infected eggs can rescue CI. CI provides a highly effective way to drive reproductive parasites through host populations. Wolbachia CI can therefore be applied in mosquito control, e.g. for the spread of Wolbachia-conferred resistance to pathogens (e.g. dengue and Plasmodium). CI can also directly suppress naturally uninfected pest populations that cannot rescue the CI induced by the release of Wolbachia infected males – a strategy known as Incompatible Insect Technique (IIT) and tested for the control of a number of diplodiploid insect species such as fruit flies, mosquitoes and moths (e.g. Riegler and Stauffer 2002, Zabalou et al. 2004). The major limitation of IIT is the need to release infected males without the release of infected females (the latter would lead to an establishment of infections in field populations and therefore the breakdown of the CI suppression effect). However, in haplodiploid insects, virgin females produce male-only offspring (while female offspring are only produced by mated females). This male-only production by virgin haplodiploid insects overcomes the key limitation in the wide application of IIT strategies. In our previous research we have recognised Kelly’s Citrus Thrips (KCT) (Pezothrips kellyanus; Thysanoptera: Thripidae), a haplodiploid pest thrips species of economic significance, as a potential model system to test IIT for a haplodiploid insect for the first time. 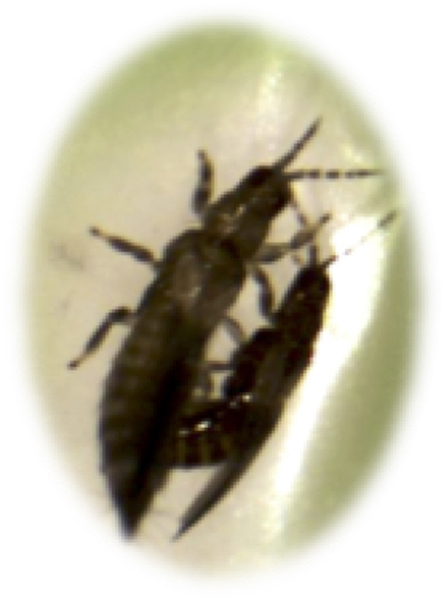 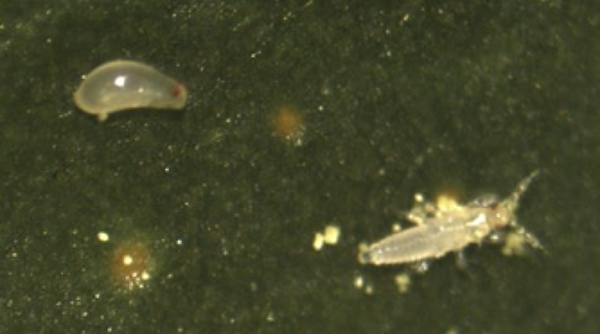 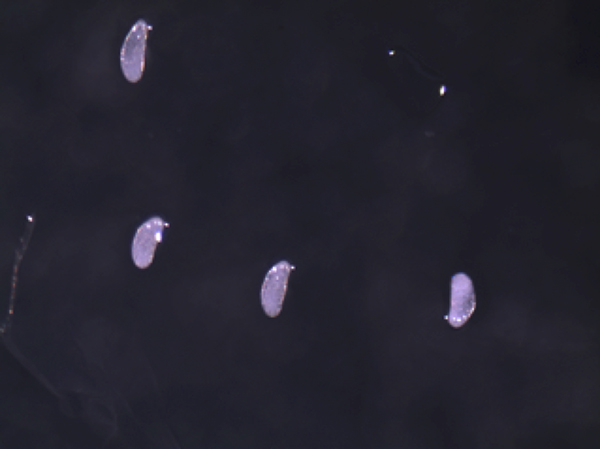 We have recently characterised the genetic and endosymbiont diversity of KCT, an important pest of citrus in Australasia and the Mediterranean region. We have provided the first genetic evidence that this species originates from Australia, where it is infected with both Cardinium and Wolbachia bacteria at very high prevalence. Based on the distribution of genetic diversity, which is highest in Australia, we concluded that KCT has independently colonised New Zealand and the Mediterranean region, and, in both colonisation events, it has lost Wolbachia. This could be due to the establishment of invasive populations by Wolbachia negative individuals (but such individuals are rare in Australia). Alternatively, Wolbachia was repeatedly selected against during early stages of colonisation, leading to the loss from host populations in the invasive range (Nguyen et al. 2016).

In laboratory experiments, we have demonstrated that KCT reproduces by arrhenotoky, i.e. virgin females only produce male offspring, while mated females also produce female offspring. After removal of both bacteria through antibiotic treatment, we also demonstrated the independent expression of complete CI by both bacteria. Furthermore we found that maternal inheritance of Wolbachia in this species is complete, and very high for Cardinium (Nguyen et al. 2017).

Our previous sampling effort, while overall extensive, requires more Australian and New Zealand populations to be analysed. Our research so far indicated that the invasive New Zealand populations of KCT may be amenable to suppression by an IIT strategy, i.e. mass-release of male-only Wolbachia infected males that could easily be produced by virgin females of Australian KCT without the need to develop a single-sex line (as required for diplodiploid pest species such as fruit fly).

Our project has the overarching aim to investigate the potential for Wolbachia-based IIT for the control of KCT populations. It also aims to provide proof-of-concept for a new control strategy for haplodiploid insect pests. Therefore our specific research aims are as outlined below: