A project undertaken at the School of Biological Sciences, The University of Queensland, and supervised by Dr Lyn Cook and Dr Alicia Toon

Bush coconuts (or bloodwood apples) are galls induced by scale insects on bloodwood eucalypts in northern and eastern Australia.  The galls can be the size of a cricket ball, and both the internal gall tissue and the female that causes the gall are considered bush tucker (Figure 1).  The female scale insect starts to induce the gall when she is a tiny nymph (only 200 microns long) and will spend the rest of her life enclosed within her gall, growing up to 4 cm in length.  After mating, she first produces male offspring that feed on the nutritious white tissue that lines the inside of the gall.  When the males reach maturity and pupate, the adult female gives birth to her tiny daughters.  These climb onto the elongate abdomens of their winged adult brothers and are carried away to a new host plant (Figure 2). 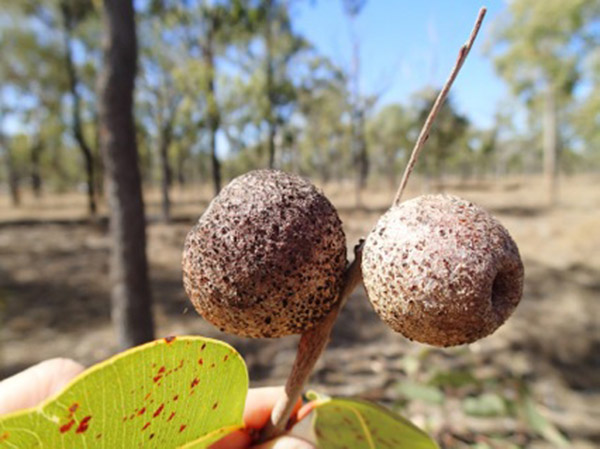 Figure 1.A pair of bush coconuts from north Queensland. 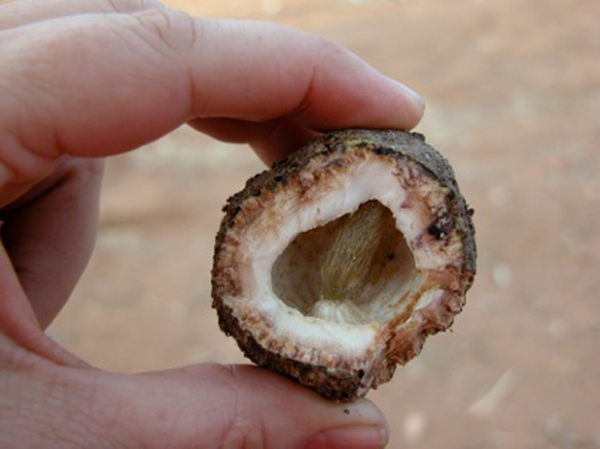 Figure 2. A bush coconut opened to reveal the wrinkly adult female in the centre. The white tissue inside the gall inspired the common name “bush coconut” or “bloodwood apple”. 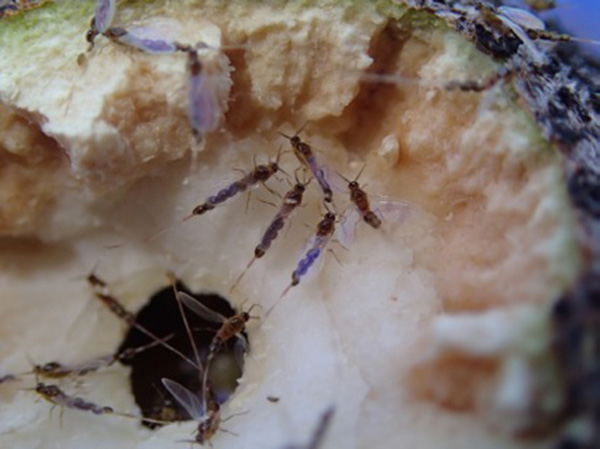 Figure 3. Winged males, carrying tiny sisters on their abdomens, escape from a hole cut in a gall by a researcher.

If carrying sisters is costly to a male and decreases his chances of finding a mate, there must be some trade-off between carrying sisters or going it alone in order for the life-history to have evolved and to be maintained.  Almost all relatives of bush coconuts have a chromosomal system called paternal genome elimination (PGE), such that males pass on only their mothers’ gene copies (the fathers’ copies are destroyed before making sperm).  PGE systems result in unequal contributions of the mother and father to the next generation, and are thought to result from intersexual conflict.  If PGE is also present in bush coconuts, then the success of a father’s genes is largely through his daughters, but the behavior of his sons in helping their sisters might enhance his reproductive success.

We aim to determine:

Our results should help unravel the evolutionary consequences of sexual conflict.