What are the effects of the rodent eradication on the threatened Lord Howe currawong and its diet? (APSF 18-4)

A project undertaken at the Institute for Land, Water and Society at Charles Sturt University and led by Melanie Massaro, Nicholas Carlile, Rachel Whitsed and Richard Segal.

The majority of bird extinctions over the past 500 years have occurred on islands and the main cause of these extinctions has been the introduction of exotic predators. Lord Howe Island, 600 km off the coast of NSW, provides a typical example of the problems arising from the introduction of exotic mammals. The arrival of ship rats in 1918 caused a wave of extinctions among the native biota, and their presence continues to threaten the survival of birds, reptiles, invertebrates and plants. To conserve native flora and fauna, a rodent eradication programme will be implemented in June 2019. This is the most ambitious rodent eradication ever attempted on an inhabited island. If successful, it will have far-reaching consequences for the future conservation of highly threatened island species.  While the rodent eradication is expected to benefit many nesting birds on the island, those birds that forage on rodents, such as the threatened Lord Howe currawong (Strepera graculina crissalis), are at risk of foraging on poisoned rodents during the eradication and after the eradiation, they will have to find alternative food resources. 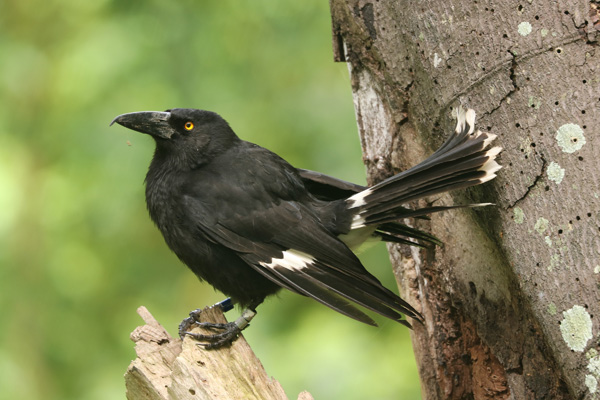 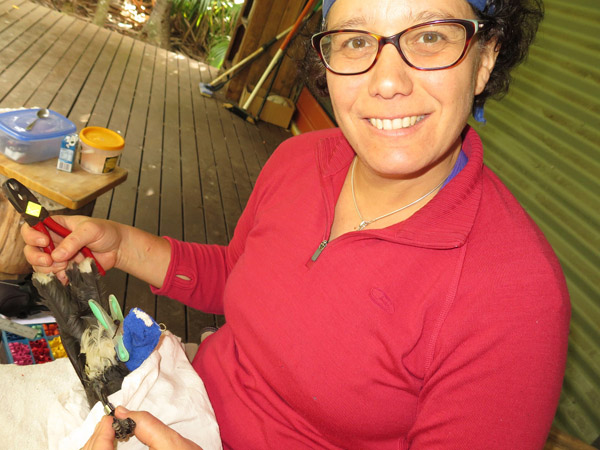 The Lord Howe currawong is listed as vulnerable within the NSW Biodiversity Conservation Act due to its small population (200-240 birds) and restricted island habitat. The currawong is a keystone species within the Lord Howe terrestrial ecosystem because of its omnivorous diet. They forage on invertebrates (mainly beetle larvae and cicadas), vertebrates (introduced grass skinks, introduced rodents and native birds) and fruit. These results suggest that currawongs compete for food with rodents, but they also control introduced skinks and rodents through their foraging. They are also predators of threatened birds (such as the white tern Gygis alba) and act as seed dispersers of native and invasive plant species by foraging on their fruits.

There is some concern that the rodent eradication may have some negative consequences for the currawong population and the wider Lord Howe terrestrial ecosystem. There is a risk that some currawongs will forage on a proportion of poisoned mice and rats that died above ground during the eradication. To minimize the risk of secondary poisoning, ~50% of currawongs will be caught and held in captivity during the eradication. However, it is logistically not feasible to capture the entire population, and therefore it is important to monitor the currawong population pre- and post-eradication to detect any significant losses immediately.

Once rodents are removed from the ecosystem, currawongs will be forced to find alternative food resources, but the question is what alternative food resources will replace the rodents in the currawong’s diet. This likely dietary shift of Lord Howe currawongs may lead to i) higher predation rates on other threatened birds and ii) the increased dispersal of invasive plants, such as the highly invasive cherry guava. By comparing pre-eradication data with post-eradication data, this project will quantify the immediate and longer-term impacts of the rodent eradication programme on the Lord Howe currawong and the broader Lord Howe terrestrial ecosystem.