A strategy for the conservation of the Australian lungfish, Neoceratodus forsteri (APSF 99-2 )

A project undertaken at the Centre for Microscopy and Microanalysis, University of Queensland, and supervised by A Kemp

Lungfish are unusual fish with many unique characteristics. The first lungfish are found in Devonian times and are 350 million years old. Australia has the best fossil record of lungfish, but only one living species, Neoceratodus forsteri, now restricted to the populous south east corner of Queensland. This fish is at significant risk from human interference with its environment.

A serious threat to natural populations of the Australian lungfish comes from the creation of water impoundments in river systems. These are built for irrigation purposes, and have fluctuating water levels in spring, when the lungfish are spawning, and when farmers require water for irrigation. Fluctuating water levels mean that no submerged plants will become established at the edge of the reservoir. Plants like this provide attachment sites for newly spawned eggs, and an essential natural habitat for young lungfish, both of which require shelter and protection from natural enemies. Without these refuges, recruitment of juveniles to the adult population will be reduced and may cease altogether, leading eventually to the extinction of the species in natural environments.

Adult lungfish, from one of the earliest papers written about lungfish, in 1871. Lungfish are not photogenic. 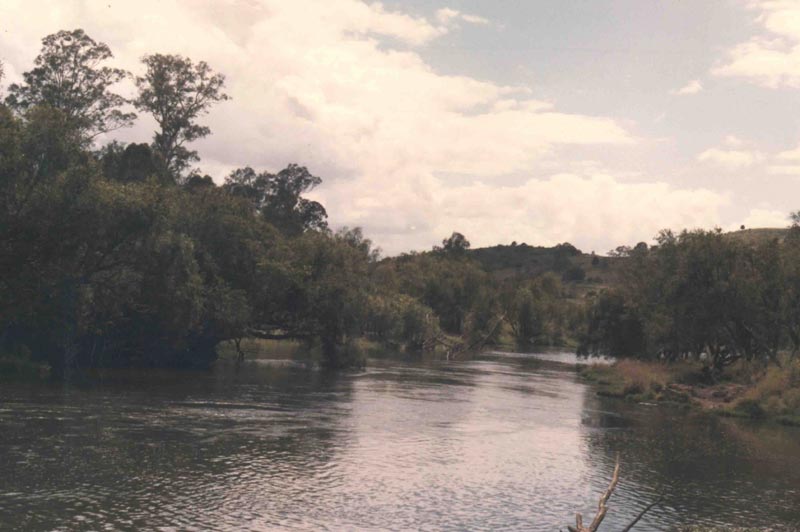 Brisbane River, in one of the areas used for setting out artificial spawning sites. The mops are in shady areas in water below the trees and are not easy to photograph 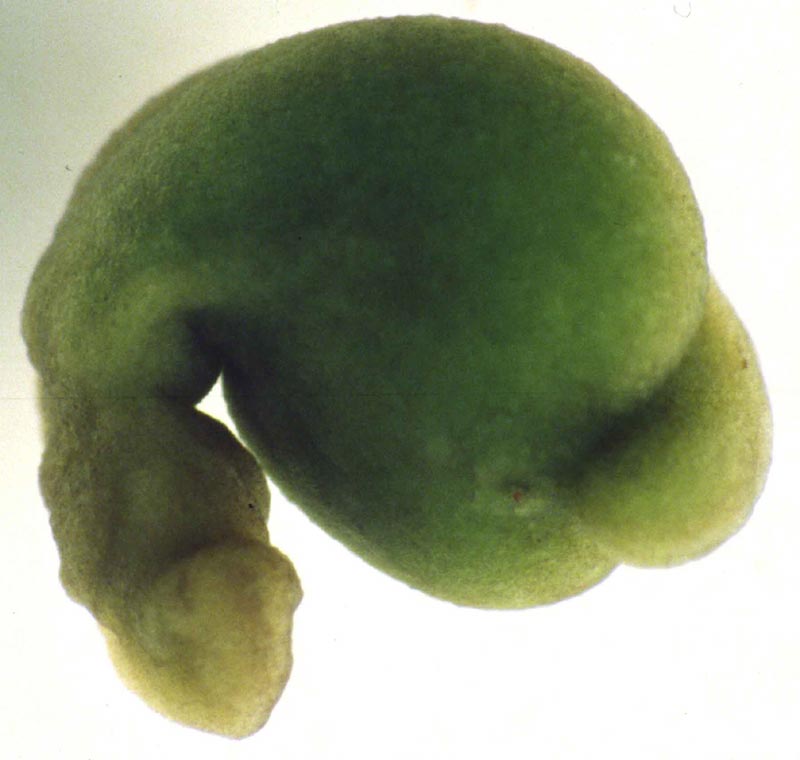 A lungfish embryo, removed from the egg membranes. Lungfish eggs are delicate and vulnerable. 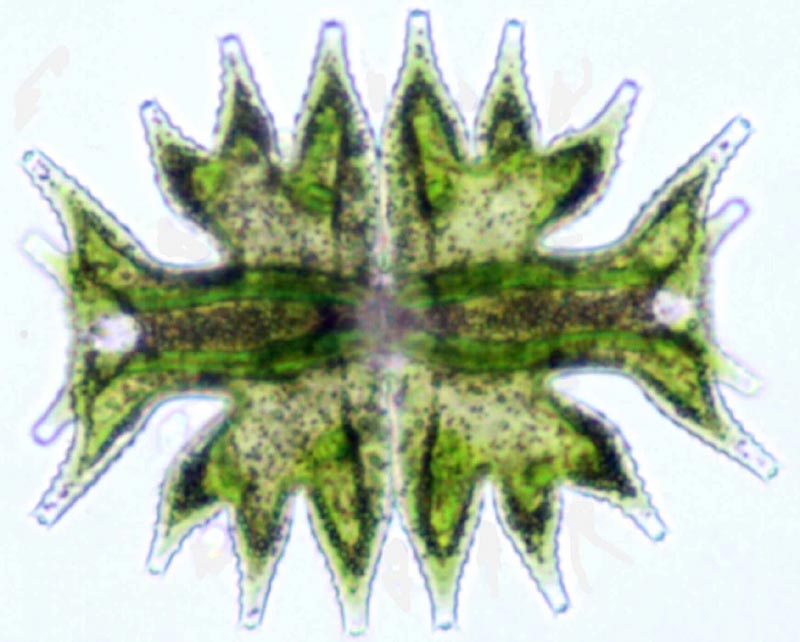 Algae (JPstar and JPdesmid) from the Brisbane River. These live in water surrounding the mops.

Lungfish spawn in response to increasing photoperiod in spring, and deposit eggs close to any suitable submerged aquatic plant, even on introduced plants, or objects such as beer cans. Preferred plants in the Brisbane River include the submerged roots of Callistemon viminalis growing on the banks, as well as Hydrilla verticillata and Vallisneria spiralis, and filamentous algae of the genera Lyngbaya or Cladophora. Spawning follows a cyclical pattern over several years, with three to five seasons of prolific spawning, followed by declining levels for two or three years..

Because eggs are shed free into the water and the outer layer of jelly is only sticky for a short time, attachment to water plants is a matter of chance. Eggs may become firmly attached to the plants, or may rest loose among the algae or Callistemon roots. If the current is rapid, because of recent flooding, or because of releases from reservoirs upstream, eggs may be washed away. This can also happen if submerged aquatic plants are not available, or if the fish spawn some distance away from the plants. Eggs that do not find a suitable site are unlikely to survive.

Artificial environments for eggs and young lungfish, tested during a project funded by the Australia and Pacific Science Foundation, has provided a solution to the loss of natural spawning sites, in water impoundments and in rivers affected by increased water levels. Long strands of acrylic wool tied in bundles attached to Callistemon roots or floating platforms are rapidly colonised with protozoa and small clams, useful food items for young lungfish. Despite low levels of spawning activity in the Brisbane River, due to environmental problems in the River, the artificial sites have been used in the last two years for lungfish spawning and healthy eggs recovered from them. Lungfish are comfortable with artificial spawning sites, and this may reduce the dependence of the young on natural aquatic plants.

Although the spawning mops act as shelters for eggs and young, they may not provide a complete solution to the problems faced now by lungfish in their natural environments. Assessment of the flora and fauna of the Brisbane River, carried out during the mop project, has revealed several trends that are deleterious to lungfish. Numbers of water snails and clams, as well as filamentous algae and macrophytes, have declined sharply, due to the flushing effects of high water levels. This has reduced the food available for lungfish which depend heavily on filamentous algae and snails. Cyanobacteria, indicative of inappropriately enriched environments, dominate the microflora, but are not a preferred diet for fish.

The chances of survival of lungfish and other aquatic animals in natural environments in south east Queensland will improve if the rates of water release from Somerset Dam and Wivenhoe Reservoir are reduced in spring and early summer. This will allow lungfish eggs to adhere to spawning sites, and permit recovery of algae, macrophytes and snails. The environment will be further improved if fertiliser and pesticide use in the catchment areas of rivers and lakes are reduced, and attempts are made to diminish nutrient levels in rivers. If these solutions are impractical because of increasing human requirements in the area, extensive permanent wetlands should be created in State owned land to accommodate lungfish and other endangered plants and animals. These recommendations will be discussed with Queensland State Government officials.