A project undertaken at the Royal Botanic Gardens, Kew, UK, and supervised by W Baker

Over the past decade, palms have become a major focus in botanical research throughout the tropics. The major floristic area that remains without some sort of palm guide is the Malesian region, the area covered by the monumental plant inventory project, Flora Malesiana, which stretches from Peninsular Malaysia southwards and eastwards to New Guinea. The area is thought to contain over 1000 palm species, of which approximately 250 are estimated to occur in New Guinea, the largest tropical island in the world. New Guinea is one of the least well-known areas of high plant diversity left in the tropics, and is an area of high priority for palm research. 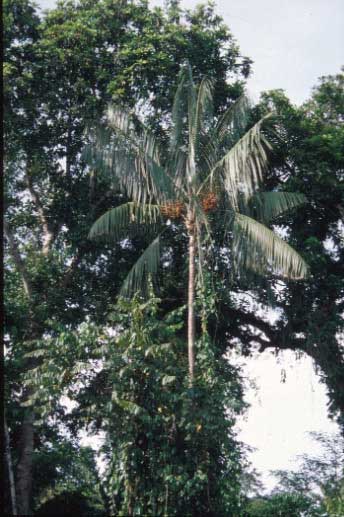 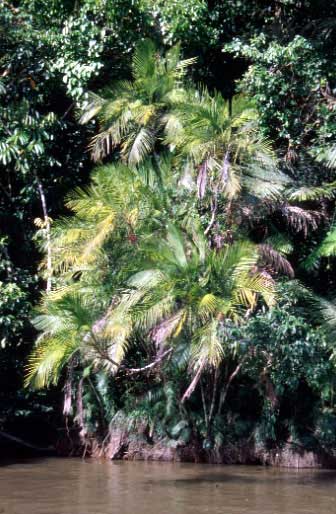 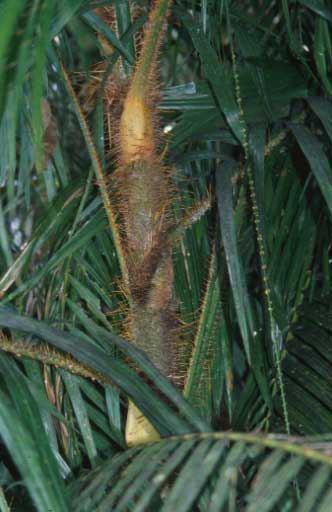 Calamus fertilis, a viciously-armed rattan (climbing palm). Before the project, this important species was known only from some scraps collected in the 19th century 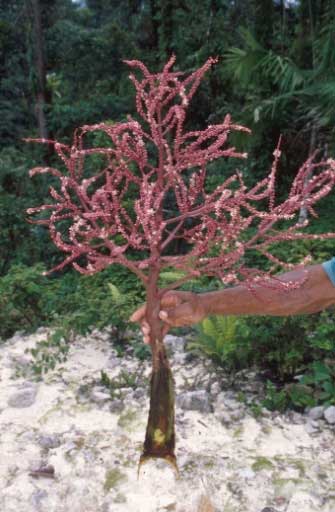 The lurid inflorescence of a montane Heterospathe 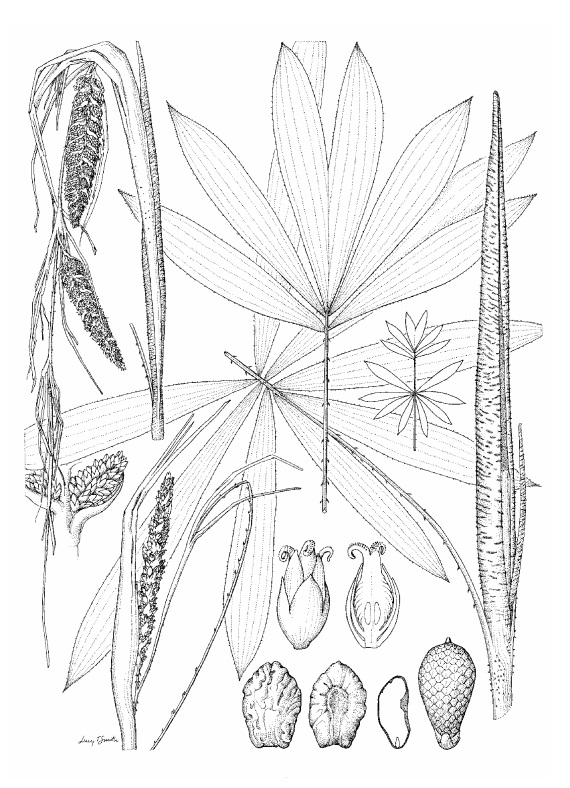 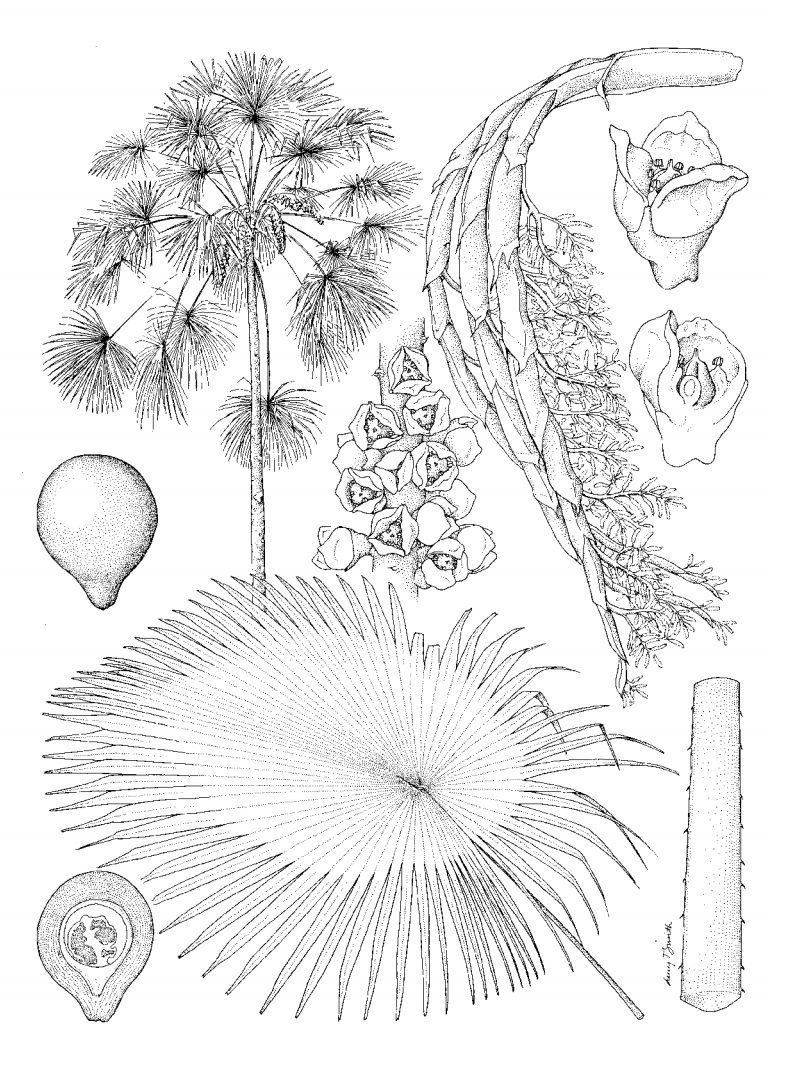 While large areas of primary forest still exist in New Guinea, the rapidly expanding activities of local and foreign logging agencies, and major economic development plans constitute a real and urgent threat to habitats and biodiversity in New Guinea. Second only in economic importance to the grasses, palms are of crucial significance to subsistence communities throughout the tropics and subtropics. However, the taxonomy of New Guinea palms is so poorly understood that efforts to conserve and sustainably exploit the palms are inhibited by communication difficulties. Thus, taxonomic inventory work on palms throughout the eastern part of Malesia has been identified as a high priority. In addition, the palms of New Guinea have a particularly wide horticultural appeal, particularly in tropical Asia, southern USA and northern Australia. Growers often experience frustration in being unable to identify and find information about the palms that they cultivate, many of which are of great significant components of the palm trade. Thus, the need for information about New Guinea palms is perceived from a number of quarters.

The Palms of New Guinea project is a major collaboration among eight different scientific institutions which aims to catalogue and describe the palms of the island of New Guinea. The project began in late 1999 and is proposed to run for five years, culminating in the production of a fully illustrated book on the palms of the whole island of New Guinea, as well as local language field guides. The project is co-ordinated from the Royal Botanic Gardens, Kew by William Baker and John Dransfield. As an internationally-recognised centre of palm research, with the finest palm herbarium, RBG Kew is well placed to take up this challenge. In addition to the scientific goals, the project also aims to build capacity in botanical research in New Guinea by collaborating closely with botanists from the region. Five botanists from New Guinea are contributing to the project as well as seven others from Australia, the USA, Denmark and the UK.

Considerable progress has been made towards achieving the main goals of the project. Many field trips have been conducted by project counterparts, bringing many new and little known species to light. Revisions of many genera are nearing completion and several papers have already been published. The Pacific Biological Foundation is generously funding the production of botanical illustrations for each of the 250 species. Australian-born artist Lucy Smith has worked on the project since its inception and has now completed almost half of the required plates. Lucy’s work combines high scientific accuracy with striking artistic appeal; in combination with the colour photographic illustrations, the plates will ensure that the book’s message will reach the widest possible audience.