The reproductive ecology of Palm Cockatoos, Pesquet’s Parrots, and Eclectus Parrots in the southern Watershed of Papua New Guinea (PBF 01-12)

A project undertaken at the Centre for Resource and Environmental Studies, Australian National University, and implemented by R Heinsohn

Paul Igag, a Papuan from Madang province, has worked on the conservation biology of various species at Crater Mountain, PNG, since 1999 with the support of the Wildlife Conservation Society (New York). With generous support from the Pacific Biological Foundation, he came to the Australian National University in 2001 to study for a Masters degree under the supervision of Rob Heinsohn and Sarah Legge. The aim of Paul’s research was to outline the breeding biology and likely causes of threat to three species of large parrot found in the New Guinea rainforest. Palm Cockatoos (Probosciger aterrimus) and Pesquet’s Parrots (Psittrichus fulgidus) are threatened by over-exploitation for food and the thriving trade in their feathers, and along with Eclectus Parrots (Eclectus roratus) are threatened by loss of habitat. Eclectus Parrots are more abundant and less threatened from hunting, and provide a good comparison for the other two species. 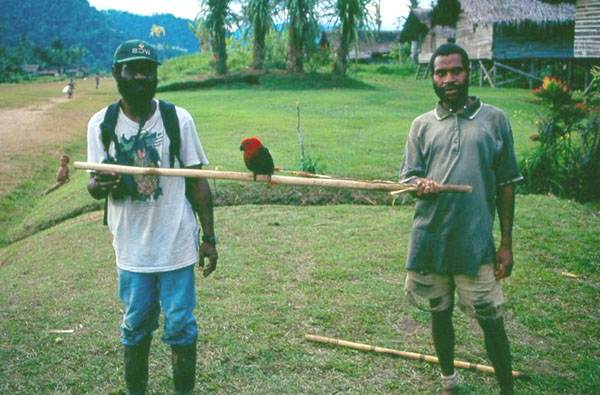 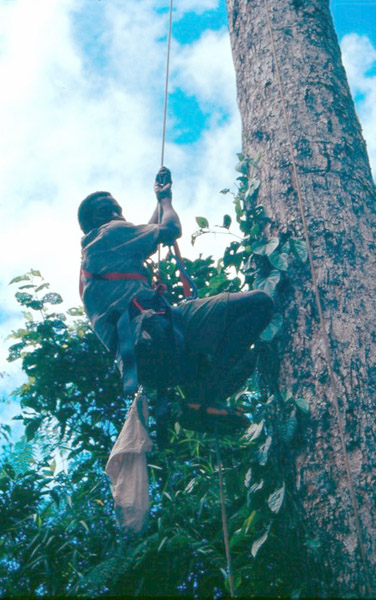 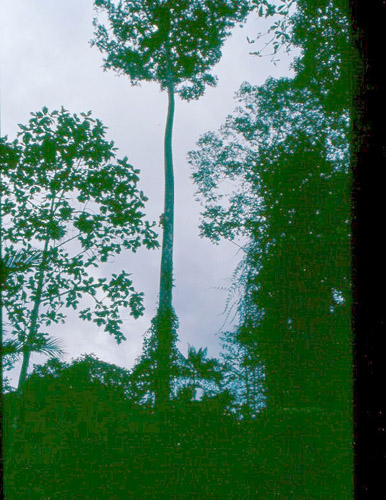 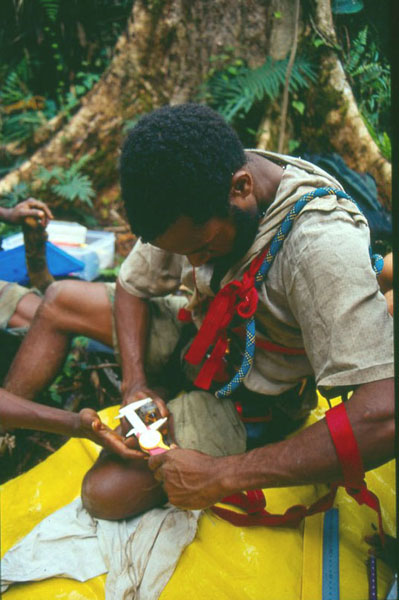 Paul’s research had the additional interest of the close involvement of traditional people whose life-styles have changed dramatically in recent times. By training 23 traditional land-owners as research assistants, Paul was able to monitor the breeding efforts and reproductive success at 51 Palm Cockatoo, 71 Eclectus Parrot and 34 Pesquet’s Parrot nest trees for 28 months over his 2645 ha study site. Some retrospective information was also attained from local people who knew about nest trees prior to the study. Only Palm Cockatoos and Pesquet’s Parrots showed overlap in the types of trees they used for nesting (3/10 tree families). The three parrot species differed significantly in every quantitative physical characteristic of the nest trees and hollows measured. Palm Cockatoo hollows tended to be in the skywards-facing end of a broken, dead trunk. Pesquet’s parrots were the only species to entirely excavate their own hollows; they used the trunks of dead trees, but their hollows had entrances that opened horizontally. Eclectus parrot hollows were in taller live trees and had entrance sites and aspects that were more varied than the other two species.

Paul Igag’s research is presently in the form of a Masters thesis in the Faculty of Science, Australian National University, but is also being prepared for publication. For further information contact Rob Heinsohn, CRES, ANU, email: Robert.Heinsohn@anu.edu.au, http://cres.anu.edu.au/~heinsohn/