Investigating the evolution of the genus Parotia (aves: Paradisaeidae): Revealing the association between courtship display behaviour and bird of paradise biodiversity, with implications for conservation (PBF 01-4 )

A project undertaken at the Natural History Museum, University of Kansas, and the Cornell University Museum of Vertebrates, and supervised by E Scholes

The Parotia Project in Papua New Guinea (PNG) is a multi-year integrative research project that uses recent technological advances, such as digital video, to investigate the relationship between courtship display behaviour and the creation of biological diversity the bird of paradise genus Parotia while working along side Papua New Guineans to help preserve PNG’s extraordinary natural resources through landowner initiated sustainable development projects that emphasize collaborative efforts with both Papua New Guinean and international teams of biological researchers.  The Parotia Project is led by Principal Investigator Edwin Scholes III from The University of Kansas Natural History Museum in the USA who has been working closely with the Wildlife Conservation Society on birds of paradise in PNG since 1999. 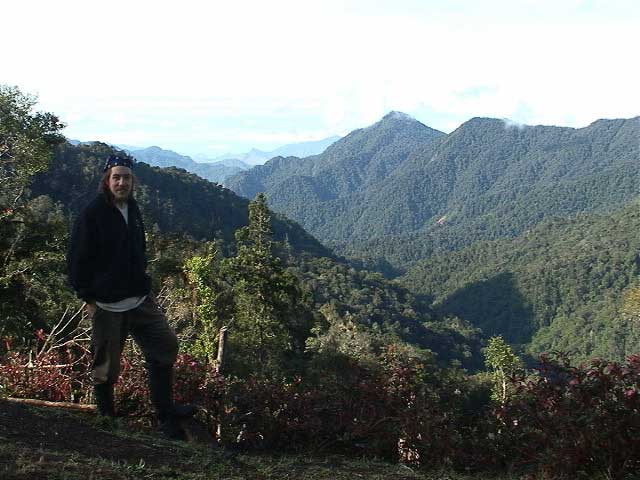 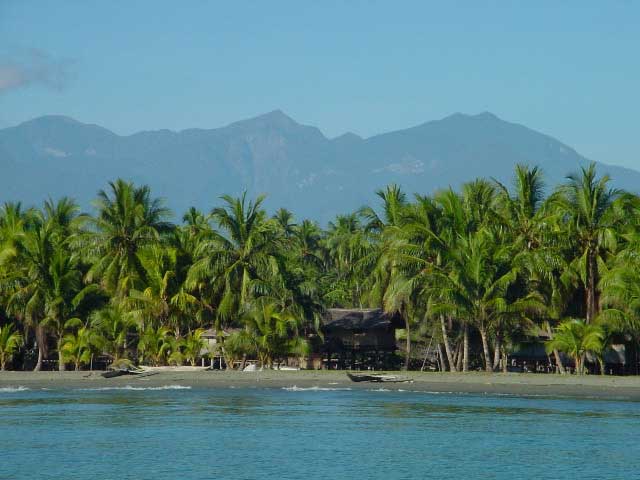 Figure 2. A few of the the Owen Stanley Mountains from the coast in Collingwood Bay. 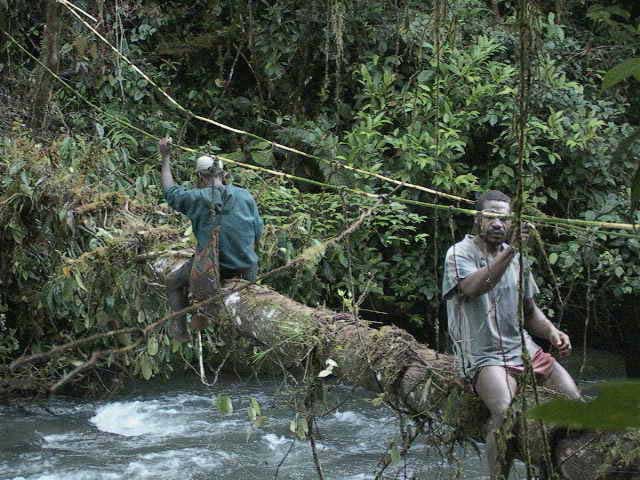 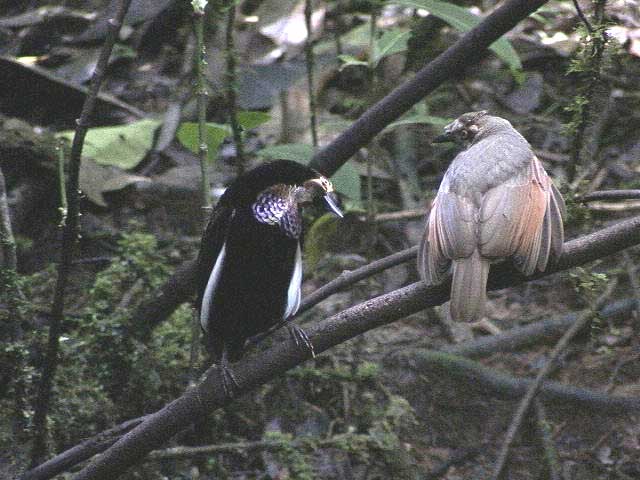 Figure 4. A male Parotia carolae displays for a willing female on his display court. 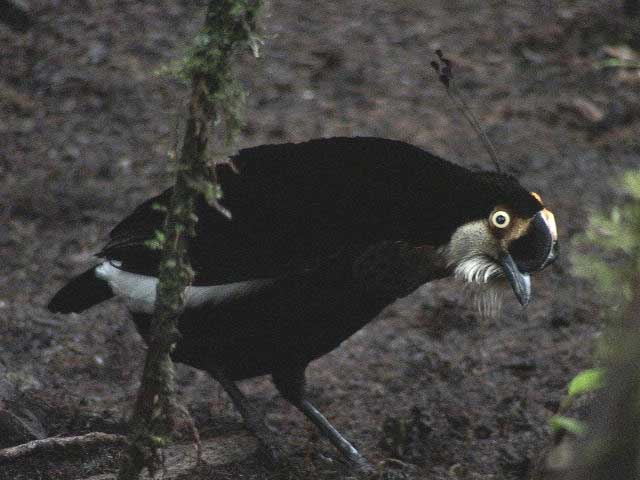 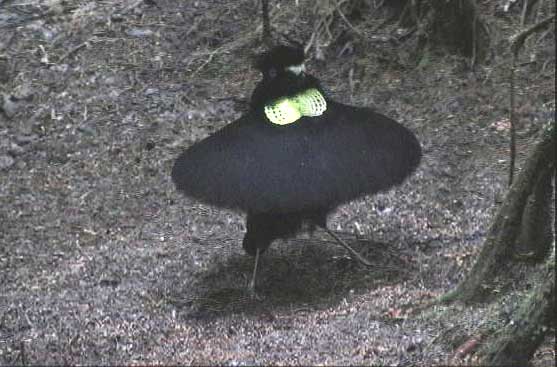 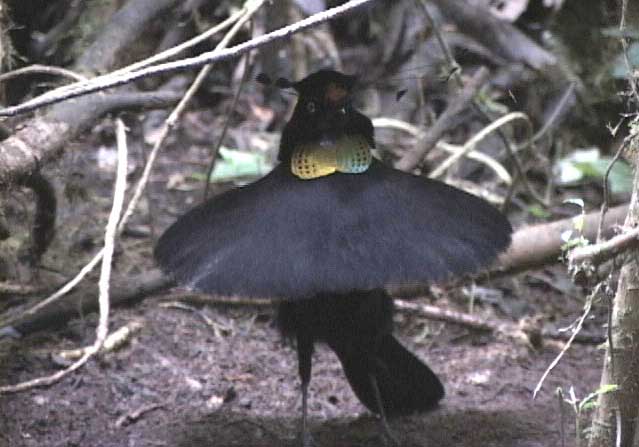 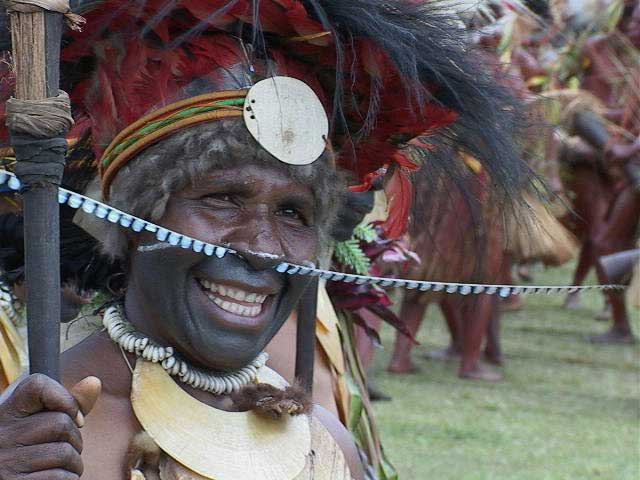 Figure 8. A woman in traditional ‘sing-sing’ dress at the Goroka show. 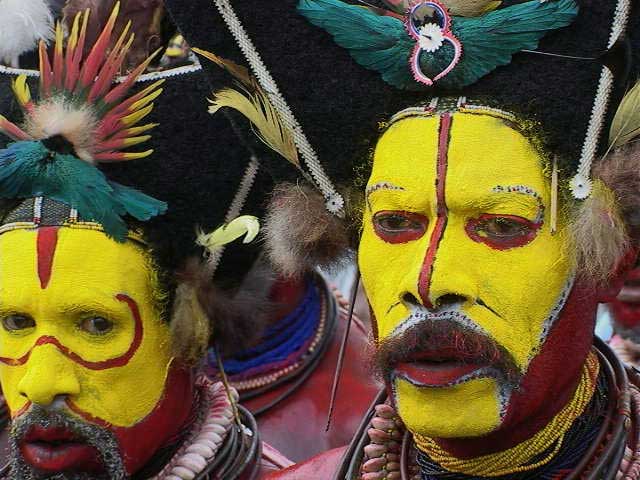 The majority of the research funded by the Pacific Biological Foundation has been fieldwork aimed at documenting, in great detail, the courtship display behaviours of the four species of parotias (P. carolae, P. lawesii, P. wahnesi, and P. helenae) that occur in PNG.  A primary scientific goal of the project is to understand the patterns of display trait (courtship behaviours and ornamental plumages) evolution among closely related populations and species.  This research is critically important for understanding the evolutionary processes involved in producing the spectacular array of species for which the birds of paradise are renown and will contribute to a solid scientific understanding of how bird of paradise biodiversity is created.  Ultimately, data gathered and analysed by this project will aid in setting conservation priorities based on a realistic view of population and species diversity in morphological and behavioural traits in the birds of paradise.

Apart from the scientific research and long range conservation impacts derived from better scientific understanding of birds of paradise in the wild, the Parotia Project in PNG plays an important role in PNG conservation efforts through its commitment to working with groups of local people interested in preserving their spectacular natural heritage.  The Parotia Project helps local communities promote sustainable alternative income generating activities through associations with long term field-based biological research.  Working with biological researches helps remote communities gain exposure to western cultures that will assist them in other sustainable income generating activities like ecologically sound land management plans and agro-business ventures or eco-tourism.

Over the course of the three year Parotia Project, the research team has worked with landowners in two of the most successful landowner-initiated conservation project areas (called Wildlife Management Areas or WMAs) in PNG: the Crater Mountain WMA and the Mekil WMA, both of which have strong research, conservation, outreach, and community development initiatives sponsored with the assistance of WCS.  In addition to the more established conservation areas, the Parotia Project has also worked in three other areas including five different cultural-linguistic groups to begin the process of researcher based conservation efforts.  In all, the project has employed and trained more than 35 individual from villages near field sites as full-time local field assistants and has employed countless others on a part-time basis as day workers, cargo carriers, guides, or camp builders.  The Project has also increased the cash flow into rural areas via purchase of local garden foods to feed team members and assistants, thus providing much needed income to people normally to remote to sell goods in towns.

In addition to the generous support provided by the Pacific Biological Foundation, the Parotia Project would like to acknowledge the following for their support: