Investigation of the initial human colonisation of Vanuatu (PBF 01-7 )

A project undertaken at the School of Archaeology and Anthropology, Australian National University, Canberra, and supervised by M Spriggs

The project aims to investigate the initial human colonization of Vanuatu and the succeeding cultural and environmental transformations that occurred. It is under the direction of Prof. Matthew Spriggs (Australian National University) and Dr Stuart Bedford (New Zealand Historic Places Trust). Research is focused on the island of Efate where one of the better preserved initial settlement sites in the Pacific was located in 1999. This site, named Arapus after one of the traditional land units in which it is found, has formed the focus of research in 2001 and 2002. In 2002 we started work at the site of Mangaliliu, on the next permanent creek to the west of Arapus and will continue working there in 2003. During 2003 we hope to finish work at the Arapus site and begin a test-pitting program in other areas of Efate Island likely to have formed foci for early human settlement. Efate is the island most affected in Vanuatu by expanding development and the early coastal sites in particular are under increasing threat of destruction. The project also provides for the comprehensive field-training of Vanuatu National Museum staff and Cultural Centre fieldworkers both from Efate and other outer islands. 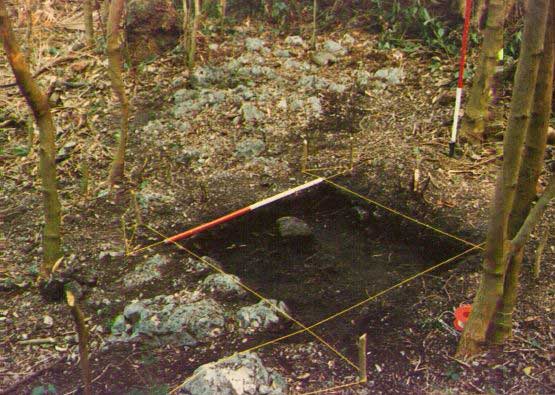 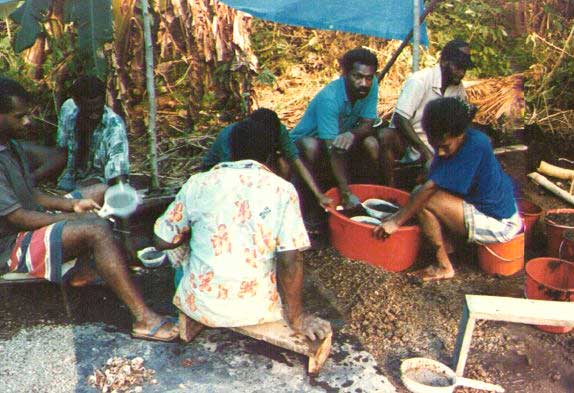 Figure 2. Water screening of the sediments ahead of sorting the materials excavated. 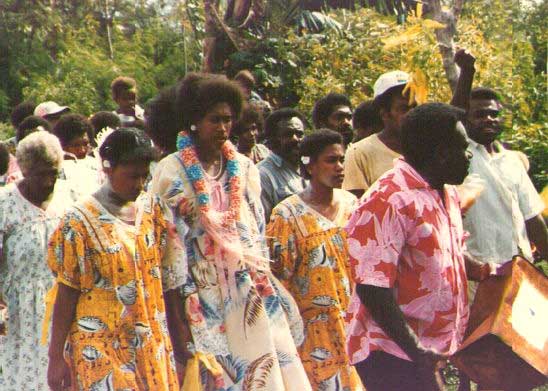 Figure 3. While living in the village of Mangaliliu the project members participate in local events. Here a wedding procession takes place to which we were invited. 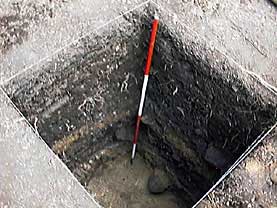 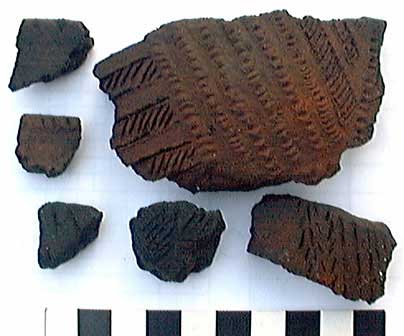 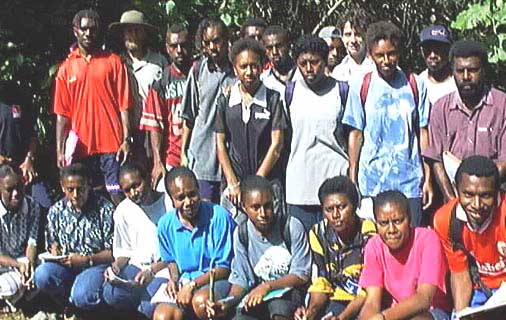 Research results so far include the establishment of a master cultural sequence for Central Vanuatu, based on radiocarbon dates and typological changes in pottery from 3000 to 1200 BP (BP= before present).  The later part of the sequence appears not to be represented except sparsely at the site, although there is evidence that a major volcanic eruption covered the area in volcanic ash around 1450AD. We do have further evidence from the period around 1600 AD from an adjacent site, however, and there is evidence from other sites in the region which fills in the cultural sequence after the 1450AD eruption. Establishing just such a sequence was one of our major aims.

Among the most interesting finds at Arapus were the bones of a previously unknown and now extinct species of land crocodile, named Mekosuchus kalpokasi in honour of former Prime Minister and local Member of Parliament the Honourable Donald Kalpokas who has long been a supporter of the project. The animal bones from the site are currently under study and certainly include several locally extirpated or completely extinct species of birds. The main phase of extinctions followed hard on the heels of initial human settlement in the area. There are several academic papers published or in preparation on these findings and we hope in future to organize an exhibition of the finds at the Vanuatu National Museum.

The training of indigenous archaeologists and fieldworkers has proved most successful. In 2002 a milestone in this regard was reached with the research at Mangaliliu being entirely under the supervision of National Museum archaeologist Richard Shing, the first Vanuatu citizen to have directed archaeological excavations.

The project has attracted a lot of interest in Vanuatu with many visits by school groups in 2001 and 2002, and direct participation by a group of college students in the excavations during 2002. (Report submitted by Matthew Spriggs)