A project undertaken at The Australian Museum Sydney, and supervised by R Torrence

The Krummel-Garbuna-Welcker (K-G-W) volcanic complex is located on the north coast of New Britain island, Papua New Guinea, less than 20 kilometres from the provincial capital at Kimbe and within an area of rapid agricultural development.  Recent volcanological and archaeological research in the region has raised the possibility that the K-G-W complex may have been active in the recent geological past.  Specifically, a number of volcanic ash deposits have been found which do not appear to belong to the established Holocene ash sequences known to have originated from the distant Pago-Witori and Dakataua volcanoes.  An emerging view is that these unidentified ash deposits might be sourced locally to the K-G-W complex.  Although the eruptive history of these volcanoes is completely unknown, thermal activity at all of them, well-preserved topographic features on some of them, and a recently discovered apparently youthful vent at its eastern foot suggest the possibility of another eruption.  To assess the potential for renewed eruptive activity, the activity status of this volcanic centre needs to be checked and estimates made of any impacts on the local environment in the recent geological past.

Figure 1. The Krummel-Garbuna-Welker complex seen from the south.  Garbuna is on the left; Krummel is in the middle; and to the far right is the Numundo ridge which is part of an earlier volcano. 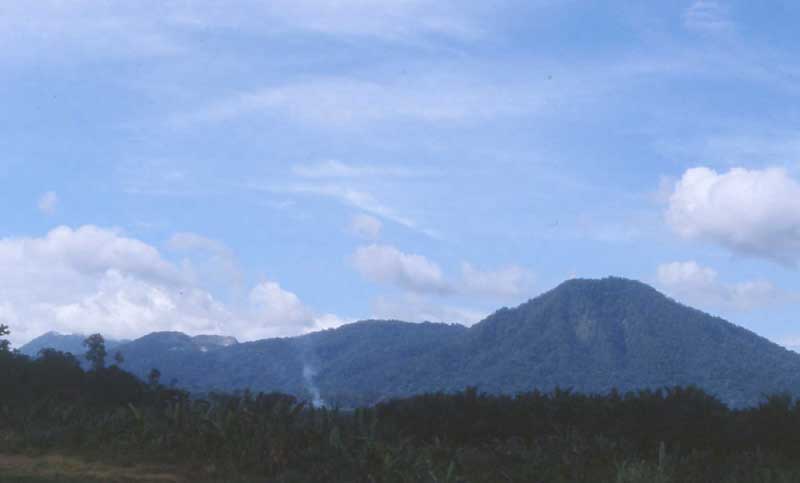 Figure 2. Steam and bare ground can be seen on the top of Garbuna volcano which is seen here on the left.  Krummel is on the right. 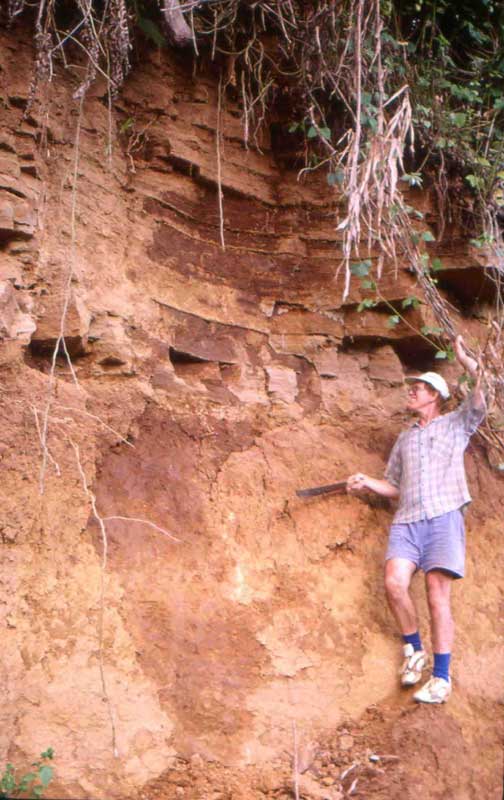 Figure 3. A hard, blocky deposit at the top of this section represents a recent eruption from the flank of the K-G-W complex.  Evidence such as this suggests that the complex may not be dormant and may present a risk to surrounding communities. 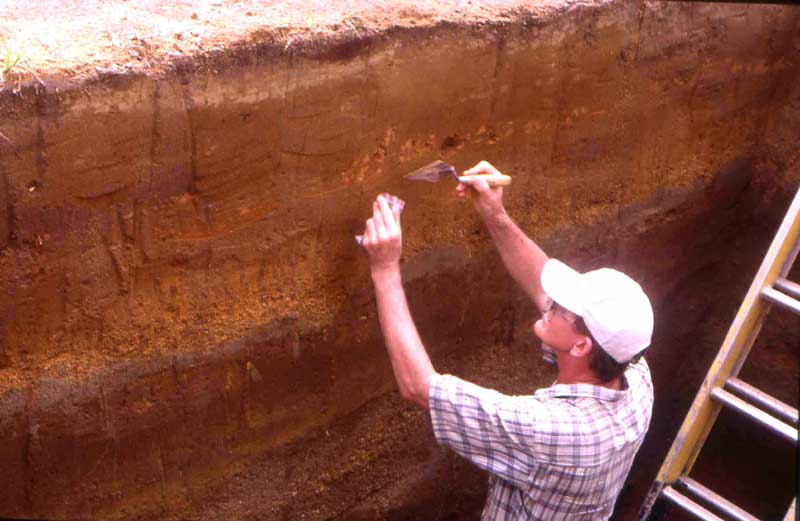 Figure 4. Chris McKee is sampling tephra from an unsourced eruption within the larger Witori sequence.  This eruption, which is dated to between 1800 and 1400 years ago, may be derived from the K-G-W complex.

Preliminary results of fieldwork conducted in June 2002 indicate that Garbuna was the source of both widespread, large-volume tephra flows and some large-volume, long lava flows.  Of particular significance is the presence of voluminous tephra flow deposits.  No dateable material was recovered from the apparently older tephra flows which are draped around the western and southwestern flanks of Krummel and which extend southwards into the area of oil palm cultivation.  Tephra clasts (pumice) in these older flow deposits are highly weathered and are unsuitable for geochemical analysis.  In contrast, younger, smaller-volume pyroclastic deposits in the central-eastern part of Garbuna’s summit area have a high proportion of reasonably fresh pumice clasts.  Carbon samples collected from these pyroclastic flows and from a soil beneath a youthful-looking maar deposit near the eastern base of the K-G-W complex have been submitted for analysis at the Radiocarbon Dating Laboratory, University of Waikato, New Zealand.  Geochemical analyses of rock and tephra samples, now in progress at the Geology Department, Australian National University will enable geochemical correlations to be made between the eruptive centers of the complex and stratigraphic sections in the surrounding area, thus providing an indication of the distribution of eruptive products of the complex.  Knowledge of what the K-G-W complex has contributed to the local tephra sequence will help to predict the nature and the intensity of hazard in any future eruptions.