Archaeological investigation of the Lapita site of Teouma: the critical missing piece in the study of central Vanuatu environmental and cultural history (PBF 04-1)

A project undertaken at the School of Archaeology and Anthropology, and supervised by Matthew Spriggs

The project arose from the unexpected discovery in December 2003 of a Lapita culture (c. 3000-2700 Before Present) site at Teouma on the south coast of Efate Island in Central Vanuatu. This culture represents the culture of the initial human settlers of the archipelago. Earlier PBF-funded archaeological research by Matthew Spriggs and Stuart Bedford in NW Efate had located sites which dated to near the first date of colonisation of Vanuatu but which did not have the faunal or pottery signatures of being initial colonisation sites. The Teouma site was discovered and damaged while quarrying soil for a nearby prawn farm and came to the notice of Salkon Jonah, a Vanuatu National Museum fieldworker from the island of Epi who had been trained in archaeology as part of the previous PBF-funded project in NW Efate. He was shown a piece of pottery by a bulldozer driver who had worked at the quarry and Salkon recognised it as a piece of decorated Lapita pottery. He alerted National Museum staff who relocated the site in January 2004. The Director of the Museum, Mr Ralph Regenvanu, then requested the assistance of Spriggs and Bedford in investigating the site and assessing whether there was anything left undisturbed after cessation of quarrying activities. They applied to PBF for emergency funding to undertake this assessment. 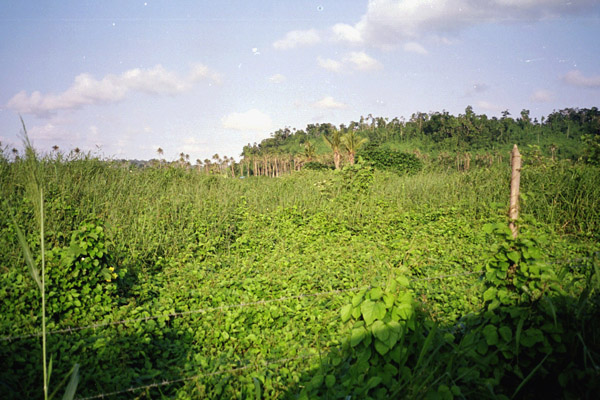 Figure 1: Teouma site viewed from across the valley. It is at the end of the cliffline among the coconut trees. 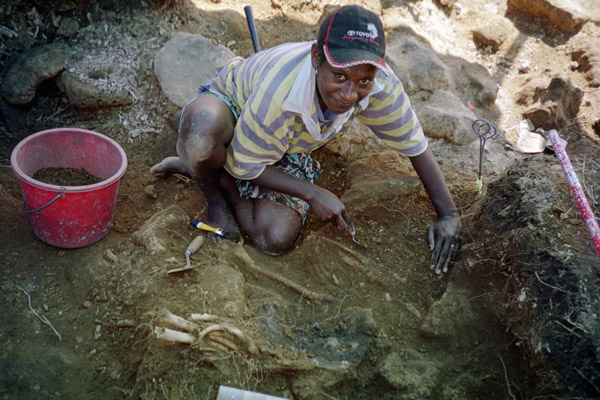 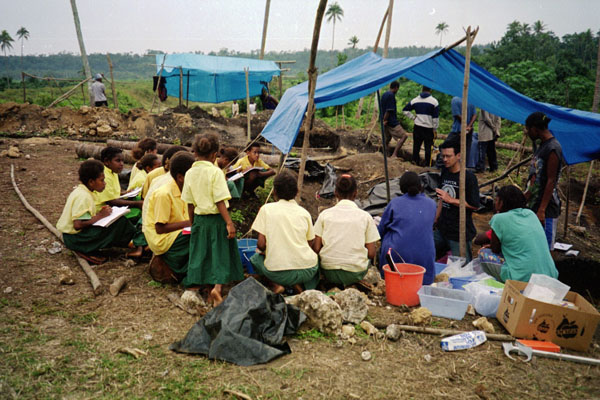 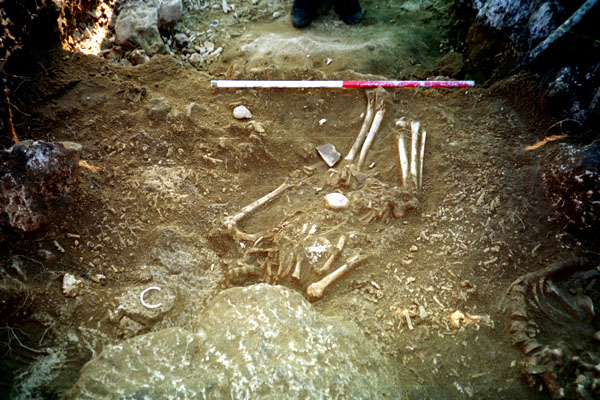 Figure 4: Headless Lapita skeleton about 3000 years old with a shell ring in place of its head and with its hands almost touching a large decorated Lapita pottery sherd. 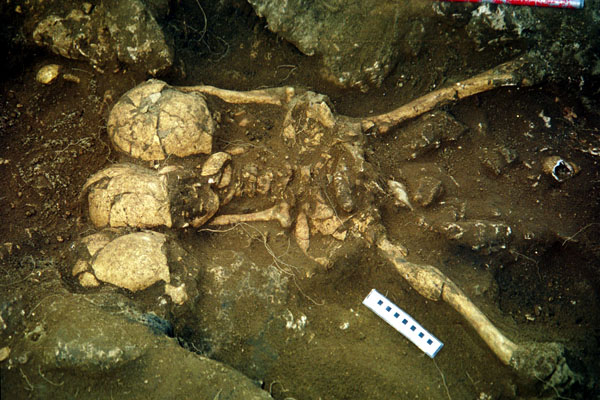 Figure 5: Skeleton of an old man, note healed fracture of thigh, with three skulls placed on his chest. He too was headless! 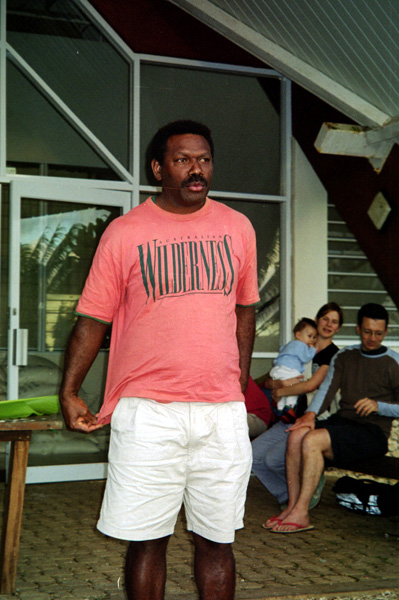 Figure 6: Silas Alben, Eratap village fieldworker for the Vanuatu National Museum gives a speech at the closing ceremony for the excavation.

The July-August 2004 fieldwork revealed not only that substantial intact deposits remained but also that the earliest activity at the site was its use as a cemetery, the earliest yet found in the Pacific Islands . The pottery suggested that its age is in the range of 3200-3000 BP, potentially pushing back the known date for human settlement of Vanuatu by some 200 years. The age of the burial site, its well-preserved decorated pottery, and the details of the burial rites practiced there make Teouma one of the most significant archaeological sites yet found in the region. During excavation there was extensive local interest in the findings, with visits by over 1000 school students and interested members of the public, and world-wide media coverage of the findings.

The site is significant for the light it will be able to throw on the origins of the Lapita people or peoples, the immediate ancestors of all Polynesians and many populations also in Island Melanesia. Origins for the Lapita population in S. China and Taiwan have been postulated on linguistic grounds, while recent genetic studies of present-day Polynesians and other Pacific groups suggest an origin in southern Wallacea (Sulawesi, Lesser Sunda Islands, Maluku and Timor). Archaeologists have long debated the question of Lapita origins but have never had a collection of Lapita skeletons to study. Teouma provides a major opportunity to bring closure to the debate. The skeletons are now being studied by French and New Zealand physical anthropologists and it is hoped to continue excavation at Teouma over the next few years to recover more information on these most-early human inhabitants of Vanuatu.