A project undertaken at the School of Biological Sciences, Victoria University of Wellington, New Zealand, and supervised by James Bell

Coral reefs are among the most productive ecosystems in the world, providing extensive ecological and economic services. However, Darwin was the first to identify an apparent paradox, how do coral reefs survive in the nutrient poor waters of the tropics? Explaining how these oases thrive in what are essentially marine deserts has been a major focus of coral reef research for nearly 200 years, with no completely satisfying explanation. Recently however, the “sponge loop” (SL), which demonstrates the movement of food from the water, through sponges where it is transformed, to support organisms higher up in the food chain was discovered and used to explain this paradox. The SL has been highly topical as it does not appear to occur ubiquitously across coral reefs. Furthermore, the SL may grossly underestimate the contribution of sponges to reef productivity through another important trophic pathway. Sponge mucus has recently been recognised as a major loss of carbon from some sponges. 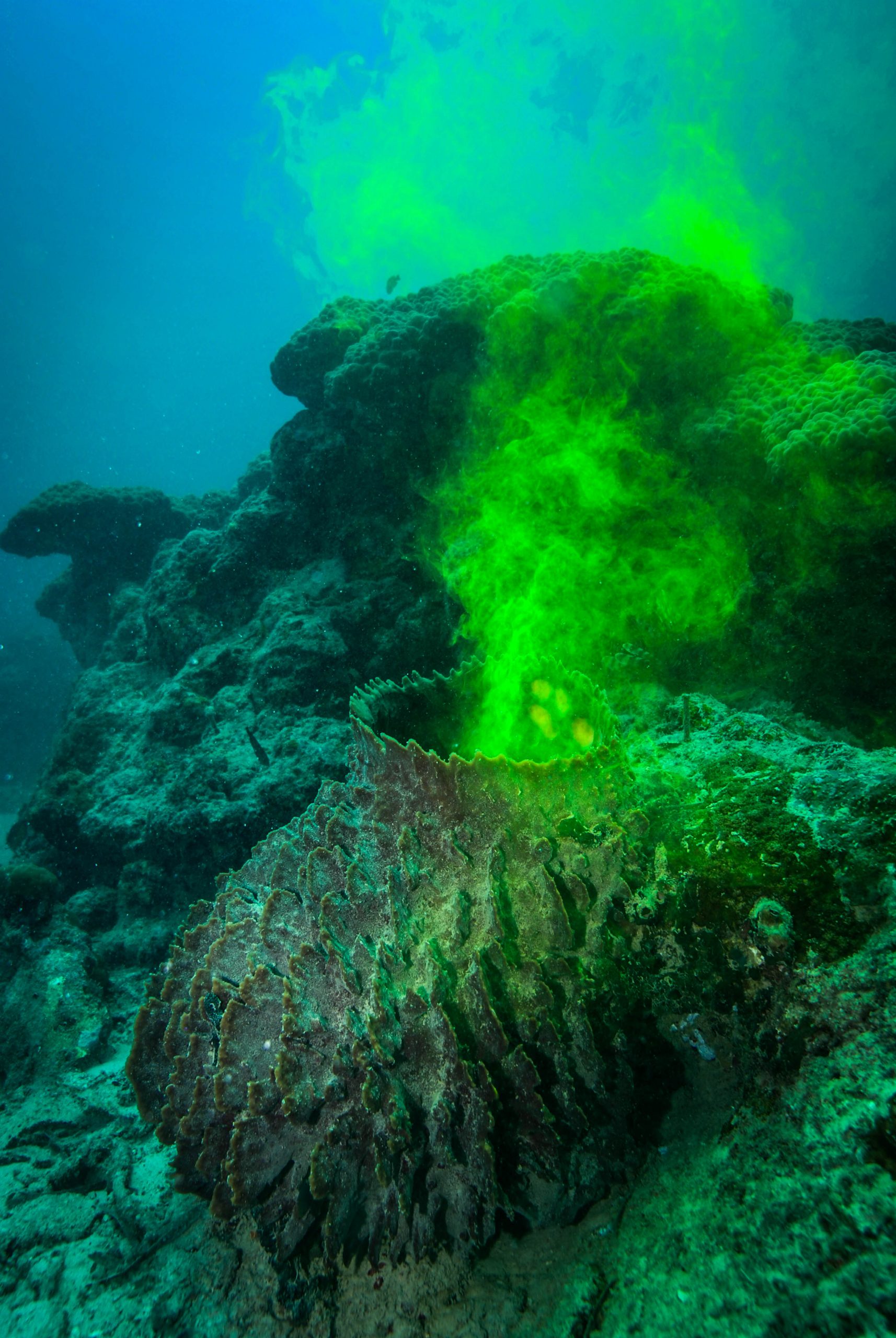 Here I explore a new model incorporating sponge mucus as a major pathway for reef carbon cycling. I aim to trace the flow of sponge mucus through coral reef food webs and quantify the contribution of mucus to ecosystem functioning to confirm that sponge mucus is not only a more dominant pathway on coral reefs than the SL, but finally provides a sufficient hypothesis to explain Darwin’s Paradox. The role of sponges in transforming and moving food to higher trophic levels is particularly important at present as sponges are thought to be increasing in abundance as corals are declining in response to human-mediated impacts. We therefore need to determine if reefs with more sponges can still support fisheries and other reef functions for the 1 billion people that rely on reefs globally.

Key objectives of this project are:

2) Quantify the POC/DOC/PDC energy transfer to higher trophic levels on coral-reefs through the production of sponge mucus.